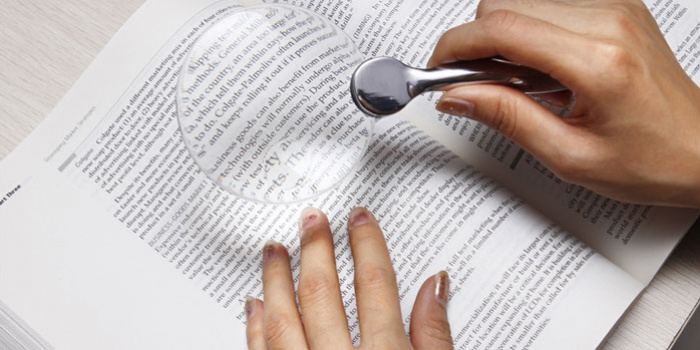 As of September 2019, only 28% of all national-wide news websites display transparency of its masthead, by three criteria - contact data, name of the editor-in-chief (or the managing editor for content) and the owner (ultimate beneficiary) of the edition.

These are the figures of a survey conducted by the NGO "Mass Media Institute" in September 2019. The survey covered the 50 most popular news sites of the Ukrainian Internet segment (according to SimilarWeb).

According to the results of the research, only 14 news sites out of 50 that we monitored were revealed to be mostly open, they provided information on all three items – contacts elements, and editor in chief, and owner (or at least, whether it is LLC or NGO), found (28% of total amount) : UNIAN, "Novoe Vremya", Liga.net, ZIK, Facenews, UNN, "KP in Ukraine", "Focus", "Bukvy”, "Dzerkalo Tyzhdnya", "Strana", "Apostrophe", Ukrainian News, "Economic News".

Another 18% of sites were identified as mostly closed and provided information on only one item, and for the most part, they were only contacts: TSN, "Znay.ua", "Korrespondent", "Censor", "Chronicle", "Bahnet", "Slovo i dilo "," Komentari "," News "- nine sites.

For the second year in a row, no information about itself has been published by one site - From-ua.com, demonstrating the absolute lack of transparency, even no email address. 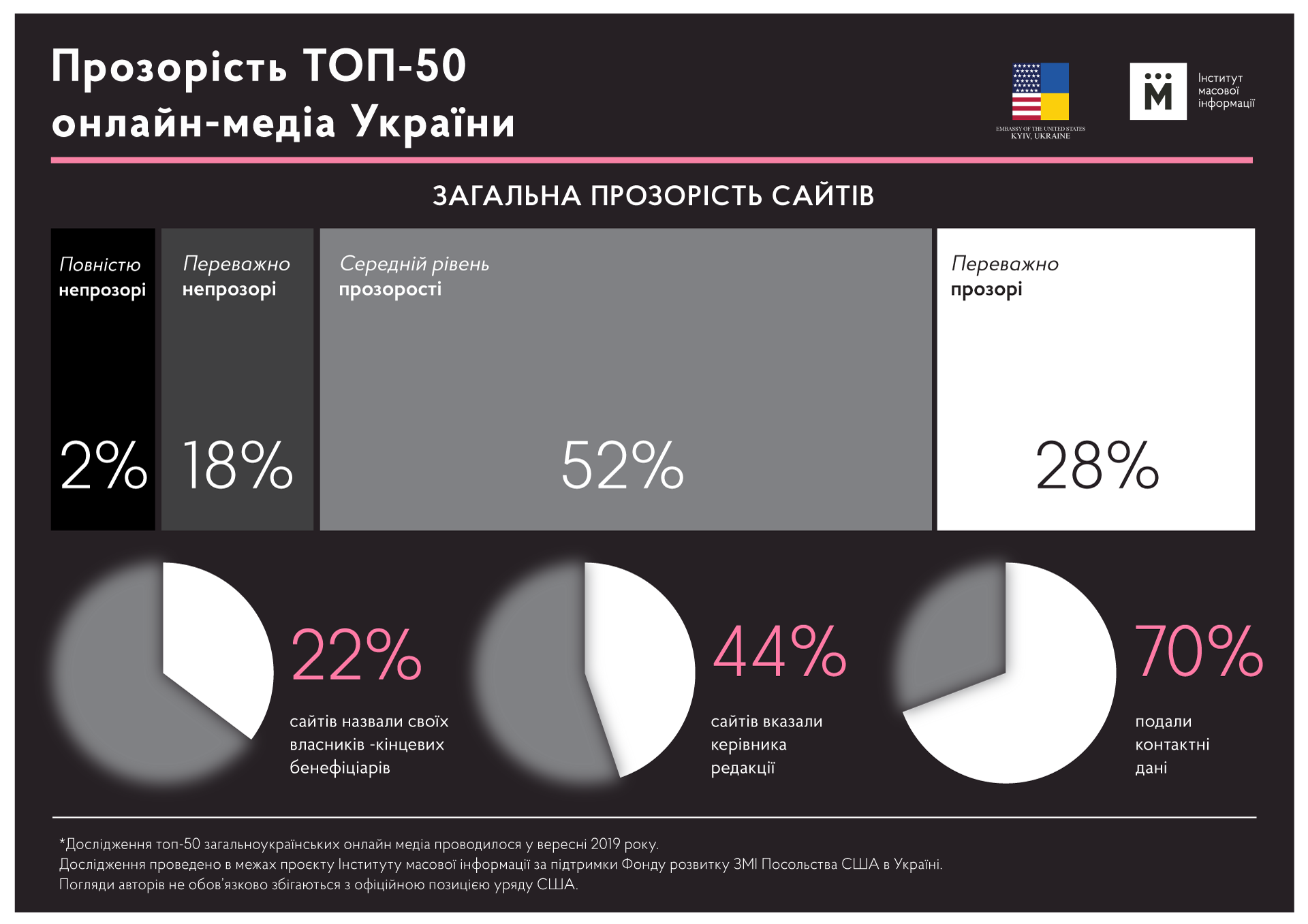 In this year's survey, IMI did not consider popular Russian websites in Ukraine (instead, four additional Ukrainian sites were covered by the survey), but all of these newcomers demonstrated a mediocre level of transparency.

Internet editions such as "Economicheskie Novosti", "Express", UNN, Facenews, the site of the channel "112", "Gordon" and "Sehodnya" have improved their indicators. Instead, the indices of Znay.ua", Hronika.info, "Vesti", "Hromadske" got worsened (all of these sites, as compared to last year, had no data about its editors in chief), and  those ones of Interfax-Ukraine worsened as well (they had no more information on its site saying the news agency was affiliated to the international news group “Interfax Information Services”).

It is worth noting that some of the sites have more contacts submitted in the Advertiser section, and some sites had the contact data only in that section. For an average user this significantly complicates the search of such information, an ordinary reader won’t search contact data in the advertising section or the data on the edition’s owner in the site's rules of use or section of privacy policy.

Feedback in the form of filling in the fields on a site page is available on some resources, but, according to the methodology of survey, it has not been considered as contact data, as usually it does not leave any proof the message was sent to the editor.

Information on editorial board

The information on the editor-in-chief was cited in 22 surveyed resources (44%), was not mentioned in 28 media outlets (56%) . The name of the editor in chief often can help the reader to realize what editorial policy the web-based edition has. The same could be applied as to evaluating the quality of content on a web-resource.

Only 11 out of 50 (22%)web-based editions had information on the final beneficiaries - media owners. But seven of these 11 resources belong to TV channels or their news programs, so in those cases it is difficult to speak about voluntary transparency, since the ownership structure of the TV channels is required to be made public by the profile law.

Another 24 sites made public some information about the legal person on whom the web-based edition is registered. This allows you to identify at least the formal owners, by searching the Unified State Register of Legal Entities, Individuals and Public Formations. However, often the name of such a legal entity was hidden in the middle of a rather long text, such as the rules of use of the site, privacy policy, etc.  Information on beneficiary allows the readers, with a certain level of awareness, to understand whether a resource belongs to some allies in the orbit of some oligarchs (and the associated political force, which oligarchs also like to collect).

As of today, the web-based media market in Ukraine is more opaque than transparent. The owner data is mostly unavailable on the websites, and it needs to be searched in the registers. At the same time, the web-based editions are increasingly get more influence onto voters, shape electoral attitude and public opinion. In the opinion of IMI experts, if online media declare their honesty and impartiality, they should also honestly and transparently inform the public about their ownership structure and demonstrate honesty and openness about themselves.

The research was conducted within the framework of a project of the Institute of Mass Information with the support of the Media Development Fund of the US Embassy in Ukraine. The views of the authors do not necessarily coincide with the official position of the US Government.