During the summer, 13% of journalists have returned home after involuntary relocation – IMI survey

According to the results of the survey, in half a year of the full-scale war in Ukraine, the main five professional consequences for media workers are as follows: 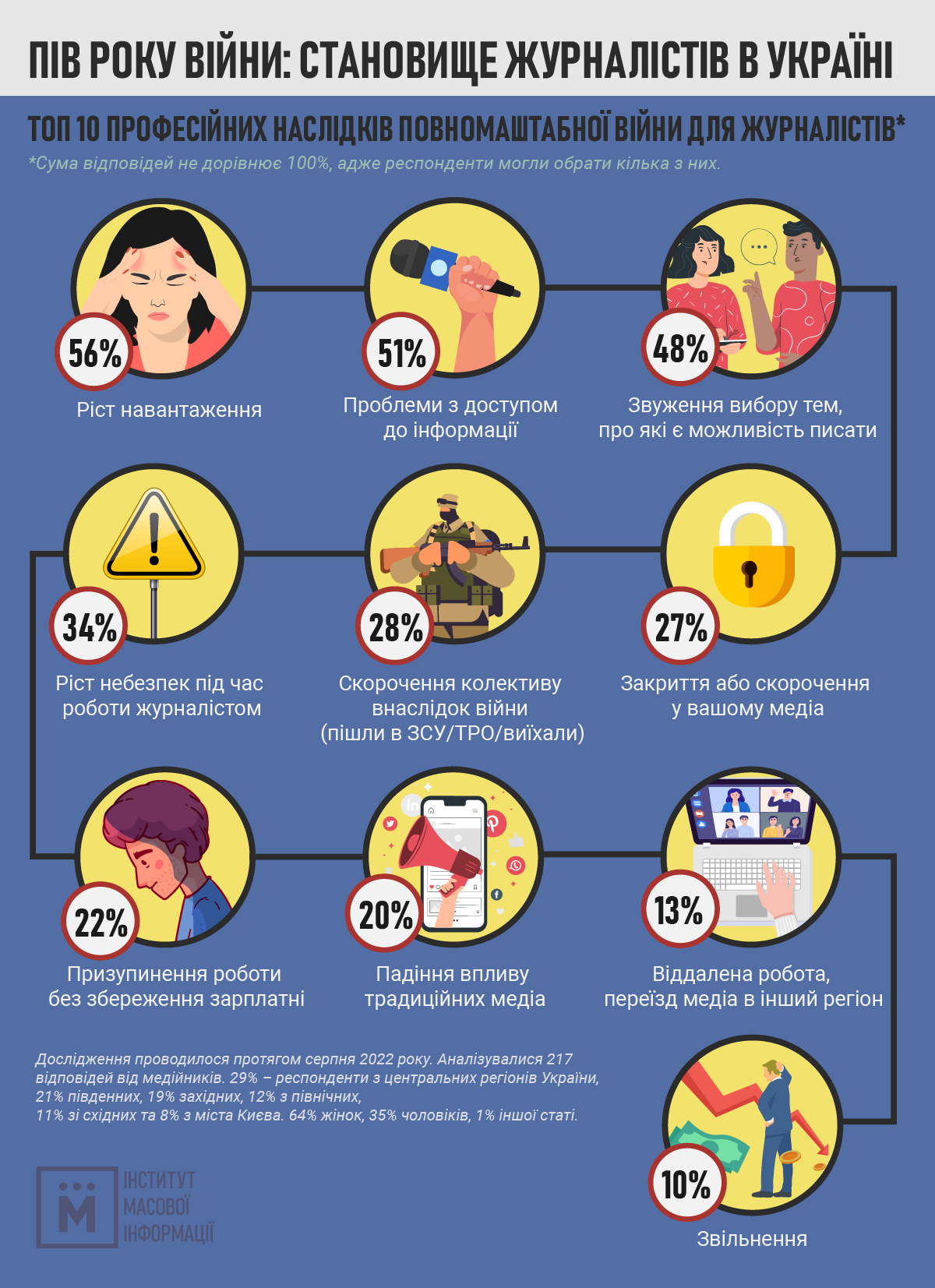 Namely, according to the IMI survey, 86% of journalists feel an increase in stress due to the fact that they have to worry more about family, finances, and the future in general. 57% of the interviewed journalists reported that now they have to constantly worry about their own safety and the safety of their relatives. 30% of the journalists noted that it is difficult for them to plan their days and stick to those plans, and 21% are experiencing increased stress due to having to resettle amidst the war**. 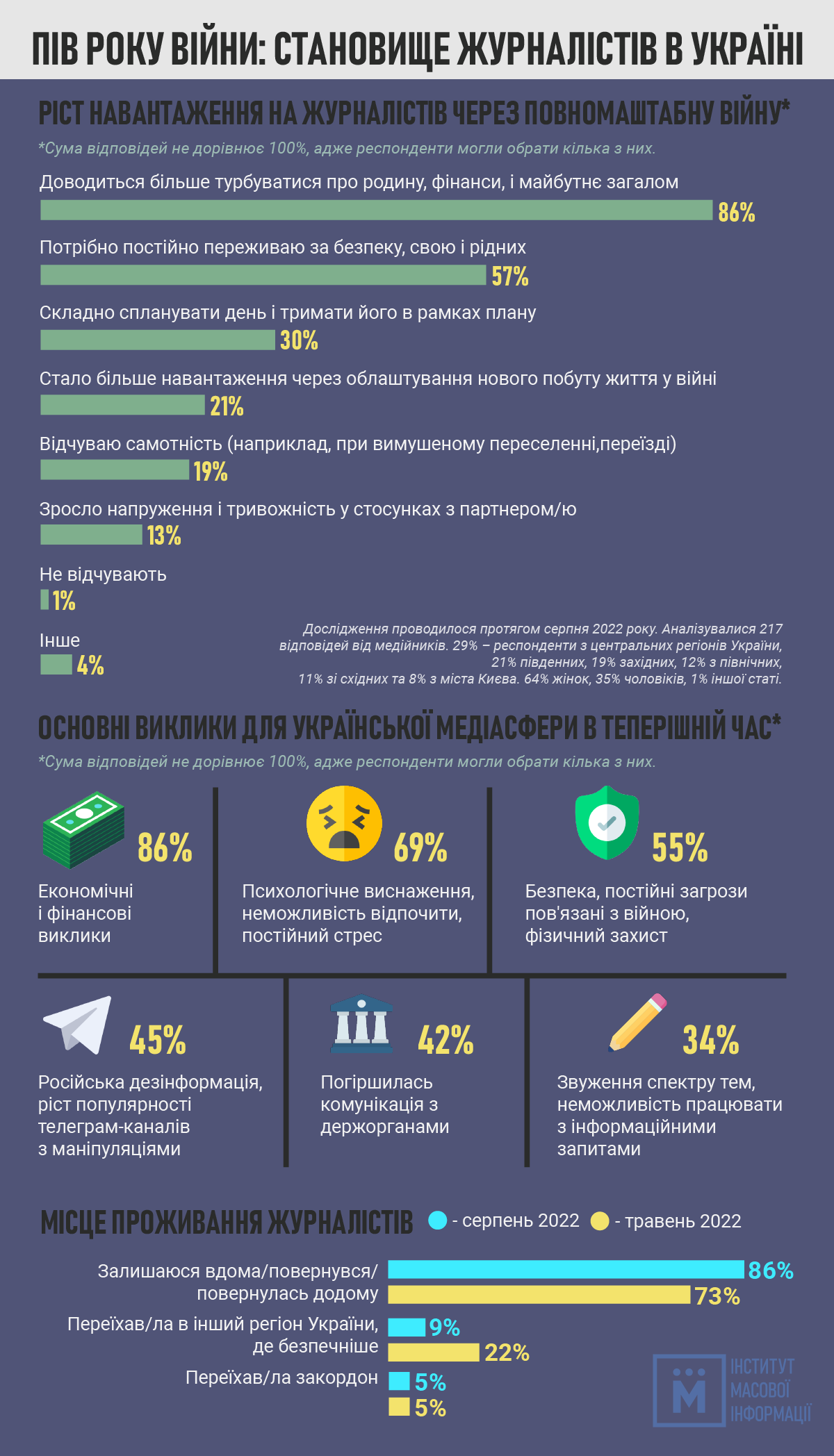 At the same time, the IMI survey shows that the vast majority (86%**) of the interviewed journalists believe that the main challenges faced by the Ukrainian media are economic and financial. This once again confirms the trend towards the deterioration of the journalists' financial situation, which was reported by 73% of the respondents.

Another alarming indicator among the challenges for media workers is psychological exhaustion, inability to rest, and constant stress, which were reported by 69%** – the highest indicator since the beginning of hostilities on Ukrainian territory in 2014. For example, according to an IMI survey, in April 2021, only 47% of journalists reported the need in training on how to deal with stress.

Other acute challenges for the Ukrainian media include the issues of russian disinformation, the growing popularity of manipulative Telegram channels, and the deterioration of communication with state bodies – 45 and 42%, respectively**.

**The sum of the answers does not equal 100%, as the respondents could choose multiple answers.