The study found that more than half of stories on Zelensky spoke of his statements about Soviet regime responsibility at the beginning of World War II and in the Holocaust. This statement was called by propagandists "the speechwriters fiasco", "hard-core Russophobia". They presented it in the light of idea: "Zelensky is more and more sinking into ideas of Ukrainian nationalism".

The second position by the number of mentions is up to developments in Eastern Ukraine, which Russian mass media covered in 10% of total number of stories about Ukraine. This was mainly the reports about shellfire, disengagement of troops and conflict settling initiatives.

At the third position was the Kravchuk's claim on return of Crimea and Donbass (7%). 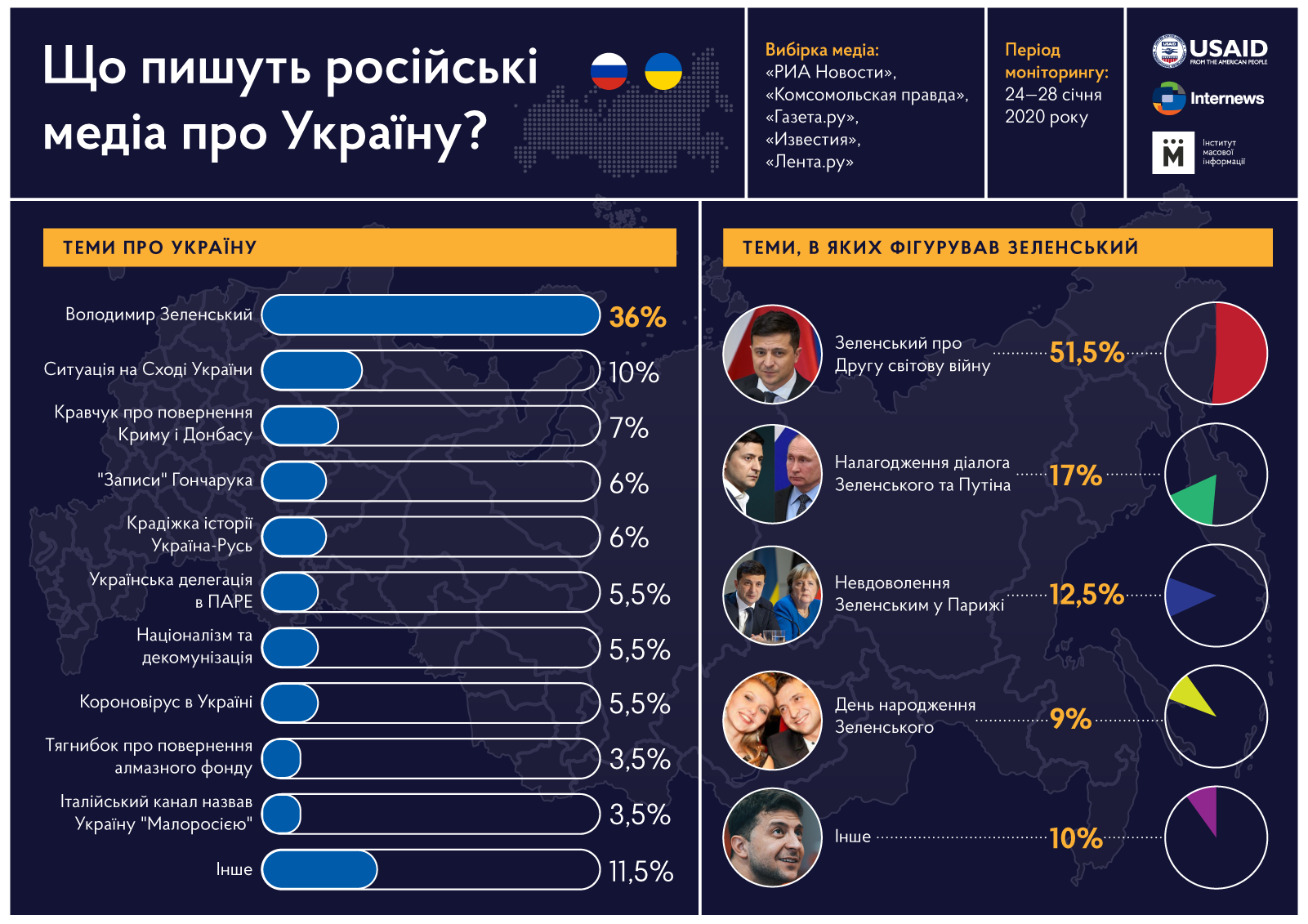 And Russian mass media kept reporting on would-be "Nazi regime" in Ukraine and the decommunization they presented as part of Russophobia trend. 5.5% of total number of stories on Ukraine dealt with that topic.

More of details are available through the link to the article "Russian view of developments in Ukraine ".

Five most popular Russian news sites according to Liveinternet.ru have been analyzed: "RIA Novosti", "Komsomolskaya Pravda", "Gazeta.ru", "Izvestiya" and "Lenta.ru". The sample covered all news about Ukraine, which were published from 24 through 28 January 2020.