18% of journalists in Ukraine compelled to write jeansa - IMI research

These are the results of an anonymous survey of mass media conducted by the Institute of Mass Information on September 7-22, 2020 *.

This is important to note, only 30% of media outlets interrogated by IMI said a price for jeansa existed in mass media they worked for. 15 % of respondents claimed not be aware of jeansa price. Another 55% said it did not exist. 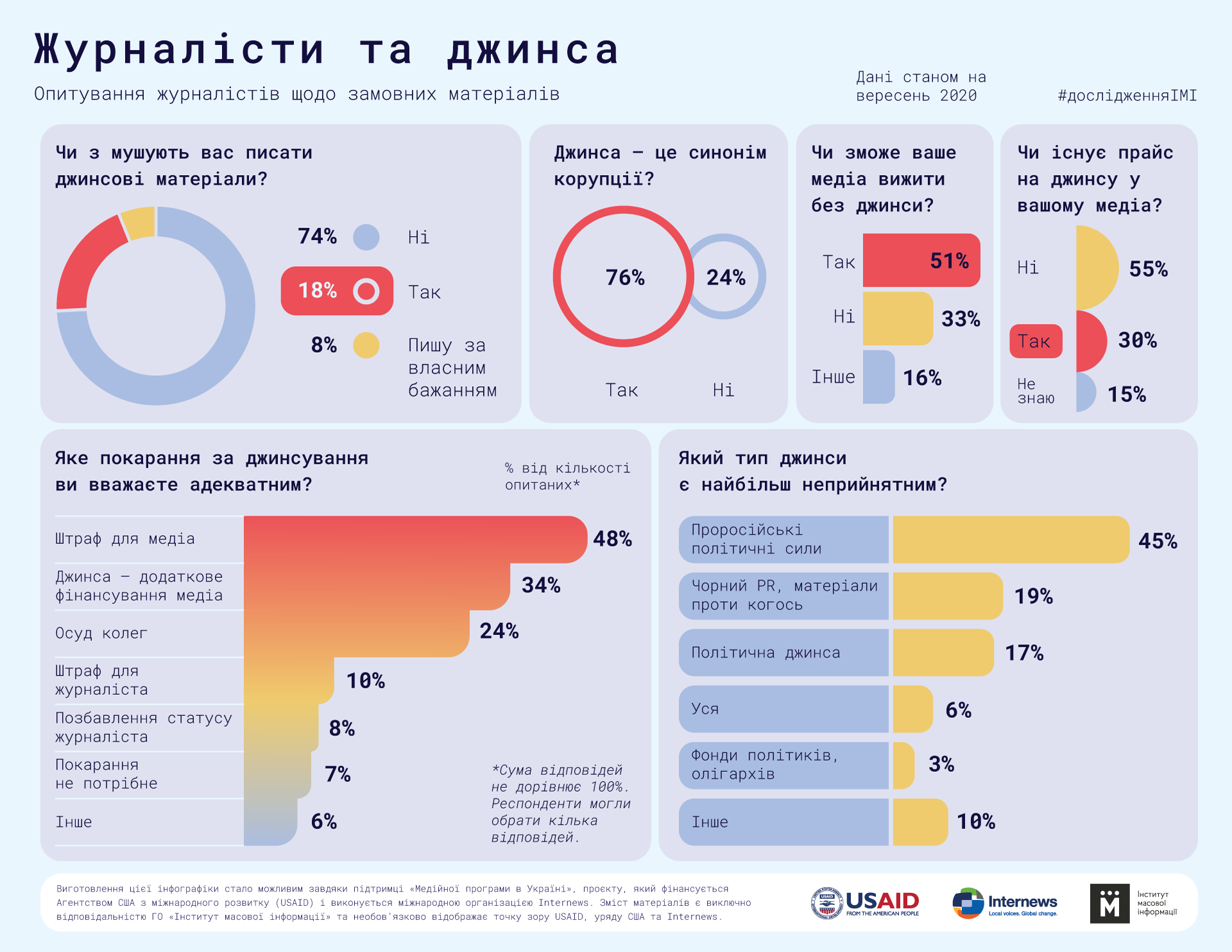 Every second journalist surveyed found a fine to mass media to be an adequate punishment for publishing jeansa (48%) **. In second place was saying " jeansa is an additional funding without which the media cannot survive" (34%) **, In third place was the condemnation of colleagues (24%) ** and a fine for a journalist (10%) **.

The most unacceptable type of jeansa for respondents was the jeansa made by pro-Russian political forces : 45%. 19% and 17% of respondents respectively rejected the smear campaigns and stories spearheaded against some person and political jeansa.

Only 6% of respondents found any jeans being unacceptable.

* The survey was conducted using an anonymous online survey with an interactive structured questionnaire, a link to which was sent to potential respondents. A total of 100 responses were received from the media. 89% - respondents from all regions of Ukraine, 11% - from Kyiv. 81% were women, 19% were men. The study was conducted during September 7-22, 2020 .

** The sum of the answers is not equal to 100%, because the respondents could choose several of them.

This study was made possible by the support of the American people through the USAID Media Program in Ukraine project, implemented by the international organization Internews Network. The contents are the sole responsibility of the Institute for Mass Infortmation and do not necessarily reflect the views of USAID, the US Government or the Internews Network.

The full text of the study at the link.