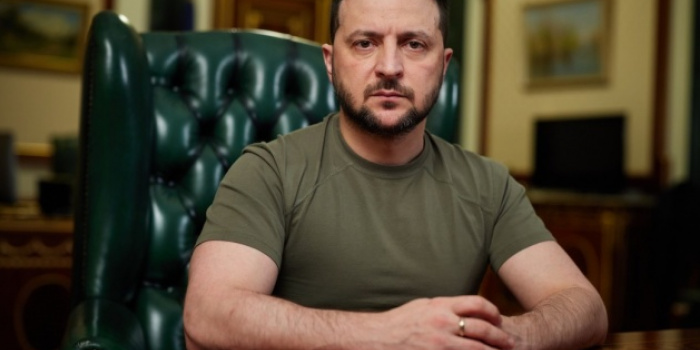 Russians are not ready to go beyond the information space created for them by the state.

This was stated by President of Ukraine Volodymyr Zelenskнy in an іnterview with the "60 Minutes" project of the Australian Nine Network TV channel, Ukrinform reports.

"Their society, which has always been Ukraine's neighbors, has found itself in this information space, and they hate us because their TV tells them that there is something to hate us for, that we are some radicals, that we are tormenting someone, that we are the ones waging the war. They didn't even realize that they believed we were at war with them. They didn't even go outside, didn't check if there were any tanks driving there, as they are on our streets. No, there is nothing there, no shootings, no tanks, they are not being bombed. There was nothing like that, they have came to our land. But they are not ready to even look at the streets, to look in the mirror, to understand who they are. Just go beyond this information space. Look the truth in the eye. Read something other than russian media. Any online publications of any country in the world," Zelensky said.

He noted that the world is not against all the people living in russia, it's just that the world no longer accepts putin's policy, does not accept dictatorship, because it is long over all of this.

"They (russians – Ed.) have made this world comfortable for themselves, and in it, they are killing us. And they reject anyone who has a different opinion. That is the murder of the different opinion," the president added.