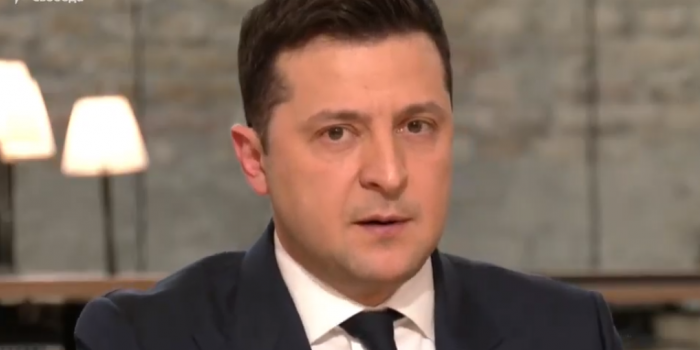 President of Ukraine Volodymyr Zelensky at the latest meeting of the National Security and Defense Council set the task of working out a mechanism for interaction with international and foreign partners so that the status of an oligarch and the restrictions associated with it do not remain exclusively within the country, Minister of Justice Denys Maliuska has said, as Interfax-Ukraine reported.

"So that our partners also react, also set additional control on the assets and activities of such persons abroad," he said on the Rada TV channel on Wednesday evening.

Maliuska said that the status of an oligarch would "automatically" lead to obstacles to doing business abroad.

"But we would like this to be regulated as well, and not only in the compliance procedures of Western business companies," the minister of justice said.

Speaking about the preparations for the entry into force of the law on deoligarchization, he said that the work is going according to plan and within the scheduled time frame.

"The resistance is great, the war has not ended. There are still several lines of defense that, obviously, will be used by the oligarchs. But so far nothing unpredictable has happened, they have not come up with anything that we did not expect in advance," Maliuska said.

He recalled that the six-month period allotted for the oligarchs to get rid of the signs of an oligarch defined by law expires on May 7, after which the collection of information about them and the preparation of draft decisions on the National Security and Defense Council will begin, with the opportunity for businessmen to object to the assignment of such status to them.

In general, describing the situation with deoligarchization, the minister of justice compared the oligarchs to an elephant, which previously key government officials tried not to notice in the room, while now the president pointed out the need to change the situation.

"Let's set limits for this elephant. If he doesn't like these limits, then he goes to hell and will continue to be kept in a special regime. Otherwise, this elephant must lose weight. He must learn to behave in a room, not to take everything he wants, with his trunk and not trample on those he doesn't like," Maliuska said.

According to him, now they are trying to make the elephant "such a pet, savant, calm, which helps others, and does not threaten them and does not take away everything they need."