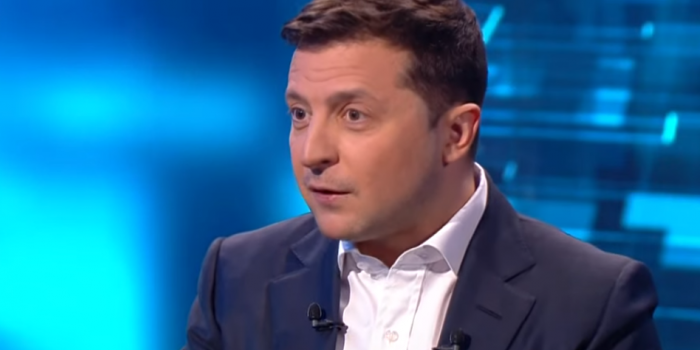 Screenshot from the Fakty's video

President Volodymyr Zelenskiy found nothing new in the investigation presented by the Slidstvo.Info journalists into offshore companies related to him. He denied that the companies had been used for an illegal money laundering. The head of state said it interviewed by ICTV, shown on October 17, as Hromadske reported.

Commenting on "Offshore 95" investigation, the president said that, "to be honest, the story is not good enough."

"It was like a déjà vu to me. In 2019, I saw  the same film on Poroshenko’s TV channels, who broadcasted it because he realized that there was nothing to blame me with, there was no nasty stuff,” Zelensky said.

"All that is an old story, I've heard it all, I've seen it all, all these details. I am glad that I didn’t see any new detail. This means that since 2019, Comrade Petro (Poroshenko –n/tr) hasn’t found anything on me as the President of Ukraine. This is quite a good thing, ” he added.

Asked whether he had used offshore accounts to launder money, he said that "everyone ... especially ... the business of television and the media" was involved in establishing such companies under fugitive President Viktor Yanukovych. This, the president said, allowed them to avoid the influence of politicians on one’s activities.

Zelensky also said that at that time, due to violent satire in the program "Vecherniy Kvartal” (The Evening Quarter), his business was under pressure, and the tax inspectors were used to visit them "if not daily, then at least weekly."

“I built my business in Ukraine myself, without using any budget funds, without the government, from zero. Neither me, nor anyone from “Kvartal 95” Studio has been involved in money laundering in 2019, neither since 2012, 2001, nor 2019. What we did, this was solely the creativity, " he said.

A team of more than 600 journalists from 117 countries, members of The International Consortium of Investigative Journalists (ICIJ), worked on the Pandora Papers project.

ICIJ is an independent international network of investigative journalists who jointly expose cross-border crime and international corruption. They worked on the global leak of Panama Papers, Paradise Papers and FinCEN.

On October 3, In Kyiv, five hours before the premiere, the management of the Mala Opera cancelled the screening of the investigation film of Slidstvo.Info Offshore 95 about President Volodymyr Zelensky under the pretext of repairs. Finally, due to social outcry the municipal institution authorized the premiere to be held, as Slidstvo.Info reported.