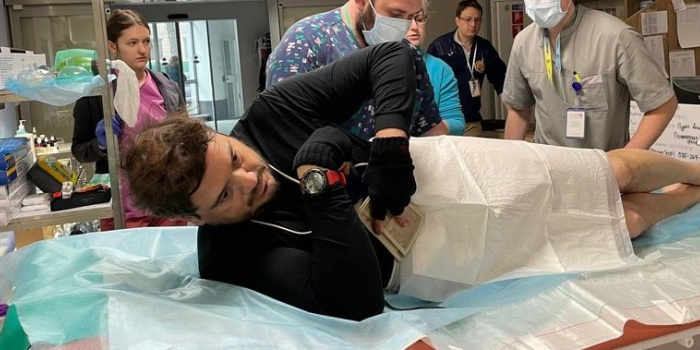 The wounded journalist for The New York Times, Juan Arredondo, underwent another surgery. He was hit by shelling by the Russian military in Irpen, Kyiv region, on March 13.

This was announced in a telethon of Ukrainian channels by Volodymyr Zhovnir, General Director of Okhmatdyt Hospital, as Suspilne reported.

Now his condition is stable, his life is not in danger anymore.

"Doctors examined the wounded journalist yesterday, intervened and did everything possible to save his health and life. Currently, his condition is stable, his life is not in danger, but we had to perform an additional surgery today to ensure the normal functioning of all organs of the patient's life, "said Zhovnir.

An investigation has been launched into the murder of American journalist Brent Renaud in Irpen by Russian occupiers .