MP's words about "suppression of freedom of speech" inadmissible 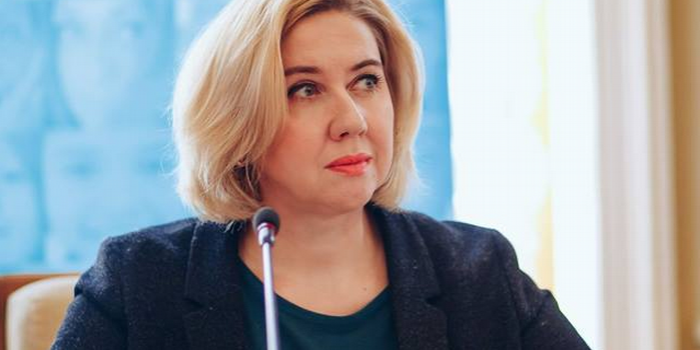 The words of an official from the ruling party that in Ukraine one should "suppress a little bit  the freedom of speech" are inadmissible, as the executive director of the Institute of Mass Information Oksana Romanyuk said on Friday, November 29, in a comment to Deutsche Welle.

"In my opinion, such words from an official are inadmissible. Such words voiced by former journalist demonstrated how a person can change one’s principles," Oksana Romanyuk said.

She noted that this statement has raised "too many questions about the journalistic activity of Olga Vasylevska-Smaglyuk."

"This is a bad sign, if the party's officials allow themselves such things. The Servants of the People must evaluate and condemn this statement," Romanyuk stressed.

The IMI Executive Director explained that she would share journalistic standards and freedom of expression, particularly if it concerns the President of the country. She recalled that the principles of freedom of expression are set out in international instruments, in particular the Convention on Human Rights. These documents contain clauses stating that freedom of speech may be restricted in specific cases, such as calls for war.

The day before, a representative of the ruling party, Olga Vasylevska-Smaglyuk, called on to "mute a little bit" the freedom of speech in Ukraine in a commentary on the TV channel "Real Time". "It seems to me that our country has such a strong freedom of speech that it is time to muffle it, out of respect for the presidency one should think before speak," Vasylevska-Smaglyuk said in the air TV program, commenting on the case of her colleague, MP Sophia Fedyna and volunteer Marusya Zvirobiy who are suspected threatening to the president Volodymyr Zelensky.

We will remind, by the end of October in Zolote-4 the president Volodymyr Zelensky had a dispute with volunteers. Subsequently, the volunteer Marusya Zivrobiy spread a video in which she and a MP from “European Solidarity” Sophiya Fedyna.discussed that Zelensky's visit in Zolote -4 (near the frontline).

During their conversation, the MP Sophiya Fedyna said that "it is possible that a grenade might accidentally explode, the shellfires occur, for example." Then, several MPs filed a lawsuit against both women for threats to the President. Subsequently, Prosecutor General of Ukraine Ruslan Ryaboshapka confirmed the fact of criminal investigation.

On November 26, the State Bureau of Investigation (SBI) sent to the Prosecutor General's Office a draft report of a suspicion of murder threat from a Member of Parliament and another person against the President of Ukraine. Also, a draft submission to the Verkhovna Rada of Ukraine was submitted to the GPO for granting consent to criminal prosecution of the MP.

On November 28, the volunteer Marusya Zvirobiy claimed that SBI investigators were conducting searches at her place. The SBI confirmed this report.

The European Solidarity Party regarded the searches as "part of the political repression carried out by the current Ukrainian government."