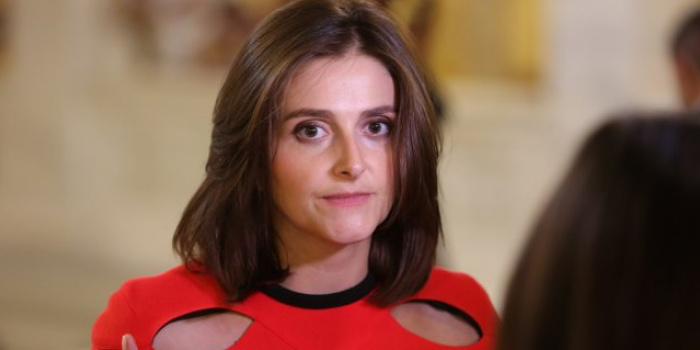 Former journalist and actually MP People's Deputy from the Servant of the People's Party Olga Vasylevska-Smaglyuk said that in Ukraine it was "time to stifle freedom of speech." "Current Time TV (RFE/RL) reported it.

"It seems to me that our country has such a strong freedom of speech that it is time to muffle it, out of respect for the presidency one should think before speak," Vasylevska-Smaglyuk said, commenting on the case of her colleague, MP Sophia Fedyna and volunteer Marusya Zvirobiy who are suspected threatening to the president Volodymyr Zelensky.

She added that she would vote for lifting immunity of MP Sophia Fedina, but not for her prosecution.

Also, Vasilevskaya-Smaglyuk did not exclude that the weapons found at Zvorobiy’s place might have a connection with threats to Zelensky.

It should be reminded that on the morning of November 28, investigators of the State Bureau of Investigation searched  Marusya Zvirobiy (eal name: Olena Sambul (Bilenka))), who is  suspected of threqts to kill the heqd of stqte. She qualified the searches as political persecution, and reported that investigators confiscated her weapon.