As a result of a new two-stages semi-annual monitoring, the Institute of Mass Information has updated the list of the best Ukrainian online media, so-called the White List.

According to the analysis, the level of compliance with professional standards on these resources averaged about 97.8%.

No jeansa, hate speech, sexism, fake news, or harmful content have been revealed in the main newswire on these sites. 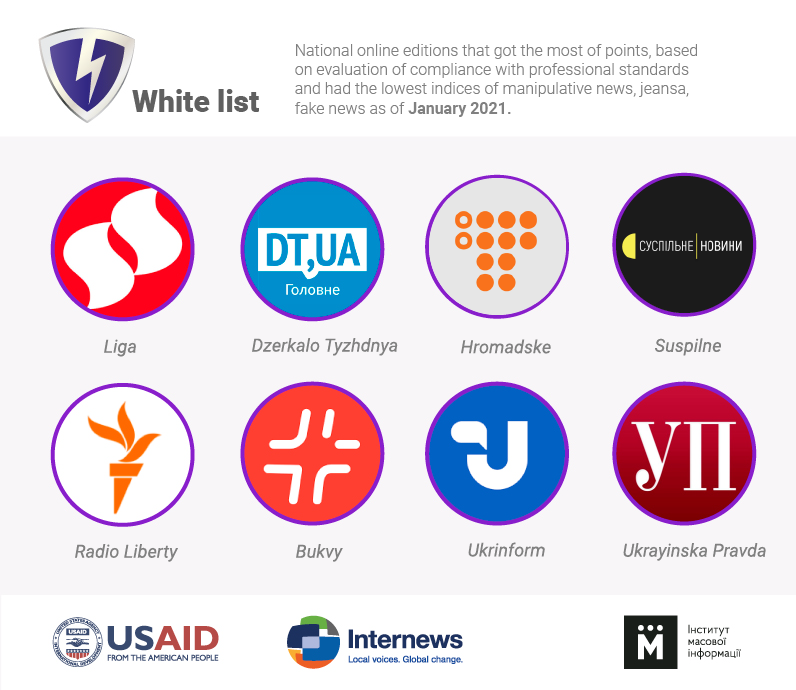 At the same time, these sites mostly adhere to high-level media ownership transparency. The sites of Hromadske, Suspilne, Liga, UP, and Radio Svoboda also have detailed public editorial policies.

Some similar international initiatives UnitedforNews , TheJournalismTrustInitiative and the Internews Network team made the IMI develop the idea of ​​such an analysis.

The research methodology is available here.

This study was made possible by the support of the American people through the USAID Media Program in Ukraine project, which is run by the international organization Internews. The contents are the sole responsibility of the Institute of Mass Information and do not necessarily reflect the views of USAID, the US Government or Internews.