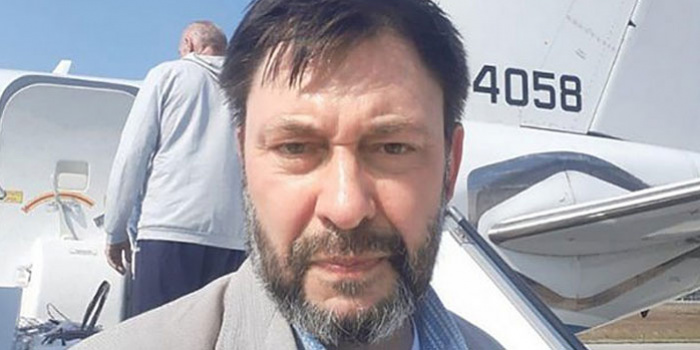 The legal standing of Kirill Vyshynsky, editor in chief of RIA Novosti Ukraine, has remained unchanged, he is suspected of high treason, as it is reported by Interfax-Ukraine with reference to the Crimean Prosecutor's Office.

“Legally, Vyshynsky's status in criminal proceedings has not changed. The exchange had no effect to this. The measure of restraint applied to him earlier in the form of a personal recognizance is in vigour as well,” as to the Crimean prosecutor's office.

At the same time, the prosecutor’s office noted that prosecution would continue to support the charges in this case before judges. But it is difficult to predict the progress of the trial, taking into account all the circumstances and Vyshynsky's probable absence at the hearings.

On August 28, the Kiev Court of Appeals released RIA Novosti Ukraine's editor-in-chief, Kirill Vyshynsky, a suspect of high treason, on own recognizance.

Prosecutor General Prosecutor Larysa Sarhan informed that the release of Kirill Vyshynsky was held in the framework of agreements on the mutual transfer of detained persons between the Russian Federation and Ukraine in "35 for 35" formula.