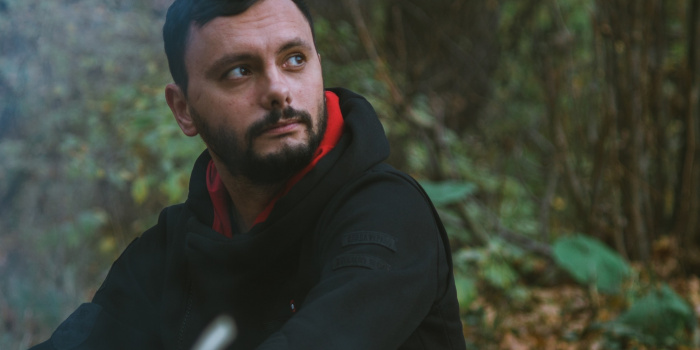 In Vinnytsia, on February 27, private security guards broke the finger of journalist Andriy Kachor on his right hand, as he was to record a violation of lockdown requirements during a disco party. He said it in his video message on Facebook.

According to him, he was aggressed after he presented not a passport, as required by the disco organizers, but his press card while trying to get to the disco.

“I didn't have a passport, I only had my press card. I showed it, and it marked an incredibly strong effect on the organizers of the party. I was immediately attacked by four or five guards, they were trying to evict me from this room, at that moment I was trying to call the police to deal with this trash. During altercation, I gor my finger broken, broken very badly. I need to be operated. There is a risk of loss of little finger function, ”Andriy said.

Kachor also said that the police did not precipitate to come after his numerous calls, but appeared only after a call to the government hotline and said that they had "no authority."

In a comment to IMI, Andriy Kachor said that he tried to get in, as an ordinary person in order to record violations of quarantine restrictions, bbut he did not intend to prepare journalistic piece.

“In fact, I did not draw the police's attention to the fact that I was a journalist and did my journalistic work there, I was interested in to know how they would react simply to an ordinary person's message. I didn't intend to prepare it as journalistic piece, I was just surprised to see that they actually arranged it, and decided to buy a ticket and to enter. And if I had some other ID paper, not my press card, I would present it. Because I was realising that it could be perceived as speculation. Then the events unfolded in some radical way, so again I had to present the police my press card, because I didn't have another document with me, ”the journalist said.

Vinnytsia police reported that upon the fact of inflicting bodily injuries on the journalist by private security officers, the information was entered into the Unified Register of Pre-trial Investigations under Art. 122 of the Criminal Code of Ukraine ("Intentional moderate bodily injury").

The police also ordered an official investigation into the journalist's report of unprofessional police actions.

The police drew up administrative report charging the organizer of the disco for violation of the lockdown, which entails penalties in the amount of 17,000 to 34,000 hryvnias.

As Andriy Kachor told IMI, the investigator has not yet contacted him.