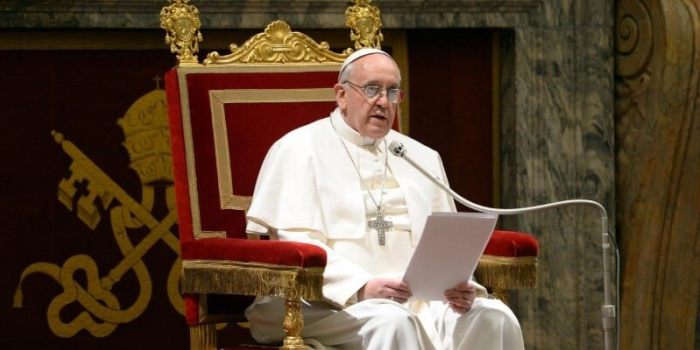 "Today (November 30 – Ed.) Russian terrorists got their hands on the websites of the Vatican City State: many web-pages of the Roman Curia's various structures were disabled! Russian hackers once again show the real face of Russian policy, which the Parliamentary Assembly of the Council of Europe declared terroristic: this is the Russian response to the last important statements by Pope Francis," the ambassador wrote.

As a result of the attack, the online resources of the Vatican were disabled for several hours, reports "European Pravda", citing Il Messaggero. The websites stopped opening; instead, the 404 error – "Page Not Found" – would pop up.

The Vatican press office initially said it was "routine maintenance" and later said there had been "abnormal access attempts" to the main website vatican.ca.

"The vatican.va website remains temporarily unavailable. Technical investigations are being conducted with regards to abnormal access attempts to the website," the message quoted by ANSA said.

It is probably a DDoS (“distributed denial of service”) type attack, which involves an overload of requests from different sources.

Italian media speculate that Russian hackers, who have previously carried out similar attacks against other government institutions in Europe, may be behind the cyber attack.

It should be noted that the cyberattack on Vatican resources came after the Pope criticized the brutality of Chechen and Buryat soldiers who are committting war crimes in Ukraine.