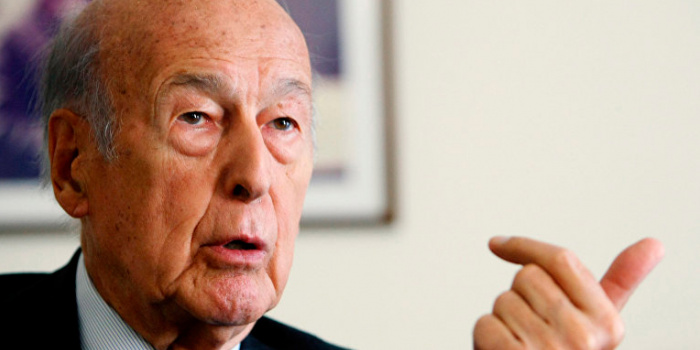 French officials have launched an investigation into former President Valéry Giscard d'Estaing for allegedly groping a journalist, as BBC reported.

Ms Stracke said the global MeToo movement, which has highlighted sexual harassment and assault against women, inspired her to come forward.

The 94-year-old has denied the charge.

An emailed statement from Mr Giscard d'Estaing's lawyer reported in the New York Times said he did not remember the incident, was not aware of any complaint, and that he was considering legal action after the "particularly undignified and offensive media attack".

Ms Stracke filed a report in France about the incident in March. The German reporter told news agency AFP she decided to tell her story because "I think that people should know that a former French president harassed me sexually".

She has also said the MeToo movement "showed me how important it is to talk about these matters in the open".

What are the allegations?

After speaking to the former leader the reporter said she asked for a photo with her and the team. He allegedly put his arm around her waist before moving it down to her buttocks. She said she was unable to push his hand away.

The ex-president then suggested they look at photos on his office wall. During this time Ms Stracke said he again touched her buttocks, and then followed her and touched her again as she tried to move away.

"I tried to remove this hand, I did not succeed, and I was surprised by how strong he was," she reportedly said, later describing the incident as "extremely uncomfortable".

A cameraman then knocked over a lamp to distract Mr Giscard D'Estaing. As the team left, the former president allegedly kissed her on the cheek and said "Sweet dreams" to Ms Stracke in German.

Ms Stracke said she told her managers a few days later about the incident, who then reportedly hired an employment law firm to interview her and the cameraman.

In April 2019 the firm concluded the pair were "overall credible and suggest that the facts were exactly as described". A spokeswoman for WDR said the company knew of the incident and backs Ms Stracke's complaint.

According to Suddeutsche Zeitung, Mr Giscard D'Estaing's office said he did not remember the interview. Officer manager Olivier Revol reportedly said on the phone the former president was very sorry if the allegations were correct, and he highlighted the former president's age.

Who is President Giscard D'Estaing?

Mr Giscard d'Estaing led his country from 1974 until 1981 and is the longest-living French president in history. During his term he legalised abortion, simplified divorce and lower the voting age to 18.

He currently sits on the country's Constitutional Council, which examines whether new laws abide by the constitution, and the Académie Française, which protects the French language.

The former president has also written two romantic novels. The second, published in 2009 and entitled The Princess and the President, depicted an affair between the French head of state and the fictional Princess of Cardiff - a character many believe was based on Princess Diana.

Mr Giscard d'Estaing has since insisted the allegations against him are entirely made up. He has two sons with his wife, Anne-Aymone.