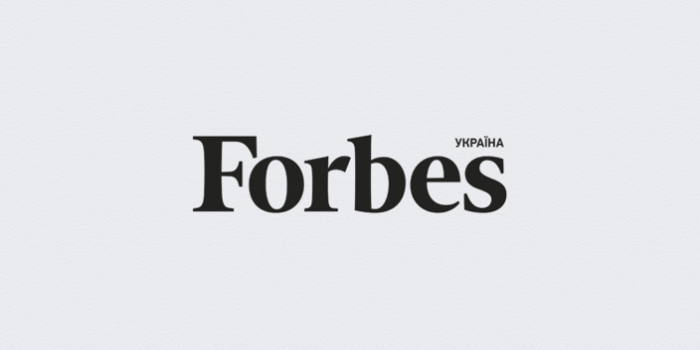 Forbes announced today that UYAVY! LLC will be the new publisher of Forbes Ukraine. The Forbes Ukraine magazine will relaunch this spring followed by an online edition in the second half of 2020, as Forbes reported.

The Forbes Ukraine magazine will be published ten times per year in Ukrainian and Russian. It will be politically independent and will meet the highest professional, editorial and ethical standards established by Forbes.

The editorial content of Forbes Ukraine will consist of in-depth features, as well as thought-provoking advice and disruptive ideas from successful entrepreneurs and innovators. The famous rankings of the richest and most powerful, Under 30 list and more will be based on cutting-edge expertise of Forbes. More than 80% of the content will be local.

“I am excited to be back to business with Forbes,” said Volodymyr Fedoryn, publisher and editor-in-chief of Forbes Ukraine. “We are going to create a tremendous product for these turbulent times helping Ukrainian readers and users to realize a huge potential of our country.”

Businessman and investor Artur Grants, the chair of the board of UYAVY! LLC, under-scored that he is proud to begin collaboration with Forbes. “The start of this project coin-cided with the toughest challenge in our lifetime, but I am sure that Ukraine and the world will overcome this with business doing its best to support the country and the peo-ple,” Grants added.

“Forbes is сommitted to entrepreneurial success throughout the world,” said Peter Hung of Forbes. “We wish the team in Ukraine success in sharing Forbes’ DNA of creativity with Ukrainian businesses and entrepreneurs”.

UYAVY! LLC is a Ukrainian publishing company, founded by Volodymyr Fedoryn and majority-owned by Swiss company, Mimier Trade, controlled by Artur Grants. Mr. Fedoryn was the Editor-in-Chief of Forbes Ukraine in 2010-2013.

The defining voice of entrepreneurial capitalism, Forbes champions success by celebrating those who have made it, and those who aspire to make it. Forbes convenes and curates the most-influential leaders and entrepreneurs who are driving change, transforming business, and making a significant impact on the world. The Forbes brand today reaches more than 120 million people worldwide through its trusted journalism, signature LIVE events, custom marketing programs and 40 licensed local editions in 70 countries. Forbes Media’s brand extensions include real estate, education and financial services license agreements. For more information, visit the Forbes News Hub or Forbes Connect.