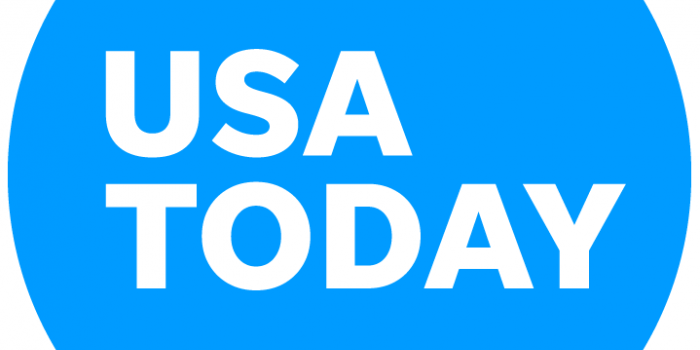 Paper makes appeal to undecided voters, saying Trump has handled the pandemic poorly and made over 20,000 false claims, as The Guardian reported.

Saying “this is not something we do lightly or do eagerly”, USA Today has made its first ever presidential endorsement – of Joe Biden.

In 2016, the widely read paper, which was founded in 1982, urged readers not to vote for Donald Trump. But it did not endorse Hillary Clinton.

On Tuesday, the editorial board wrote that four years ago, it called “the Republican nominee unfit for office because he lacked the ‘temperament, knowledge, steadiness and honesty that America needs from its presidents’.”

It did not endorse Clinton, it said, because she was “polarising”.

But, it said, “this year, the editorial board unanimously supports the election of Joe Biden, who offers a shaken nation a harbor of calm and competence”.

Bill Sternberg, head of the board, told Axios: “This is not something we do lightly or do eagerly.”

Clinton won the popular vote by nearly 3m ballots but Trump won the presidency in the electoral college. Two weeks before election day, Biden has healthy leads over Trump in most national and battleground polls.

Saying it was targeting the few voters who remain undecided, USA Today said: “Beset by disease, economic suffering, a racial reckoning and natural disasters fueled by a changing climate, the nation is dangerously off course.

“We spoke to dozens of people in Michigan, Ohio and Wisconsin, battleground states that helped propel Trump into the White House in 2016. Many declined to comment, citing a general disgust with the election or fear of speaking out publicly. While some said they were personally better off, most of those willing to talk on camera expressed anguish and dismay about the nation’s direction.”

The editorial presented some such views, then said: “When you are a passenger on an airplane, you root for the pilot, even one who has never been in a cockpit before.

“Whether you are a pilot or the president, the most important part of your job is crisis management. But when confronted with an emergency – Covid-19, the biggest public health threat in more than a century – Trump didn’t land the plane safely on the Hudson river.”

That was a reference to the “Miracle on the Hudson” in 2009, in which an airline pilot, Chesley “Sully” Sullenberger, landed his plane on the river on the west side of New York City, saving all on board, after losing power.

Sullenberger has endorsed Biden, too.

USA Today became one of a number of local and national publications to make Biden its first endorsement a day after Trump attacked his coronavirus advisers as “idiots” and called respected public health expert Dr Anthony Fauci “a disaster”. At the same time, the Washington Post reported on opposition within the White House task force to the controversial Dr Scott Atlas, Trump’s favoured adviser on Covid.

More than 8.2m cases have been recorded across the US and nearly 220,000 have died. Cases are rising steeply, with positive tests at record levels in key electoral states.

“There is little doubt that Biden would have handled the crisis more capably,” USA Today said.

The paper based its endorsement on wider criteria, however.

“For nearly four decades,” it said, “the editorial board has stood for certain core values: truth, accountability, civility in public discourse, opposition to racism, common-ground solutions to the nation’s problems, and steadfast support for first amendment rights. These aren’t partisan issues, or at least they shouldn’t be.

“Donald Trump has trampled each of these principles, making more than 20,000 false or misleading statements, ducking responsibility for his actions, spewing streams of invective at his critics, trafficking in racial fear-mongering, governing more as the leader of the red states than of the United States, and relentlessly attacking the free press.

“Everything about Biden’s nearly half-century political career suggests he would do a far better job of respecting these values.”