US Secretary of State thanks Ukrainian journalists for their "incredible courage" 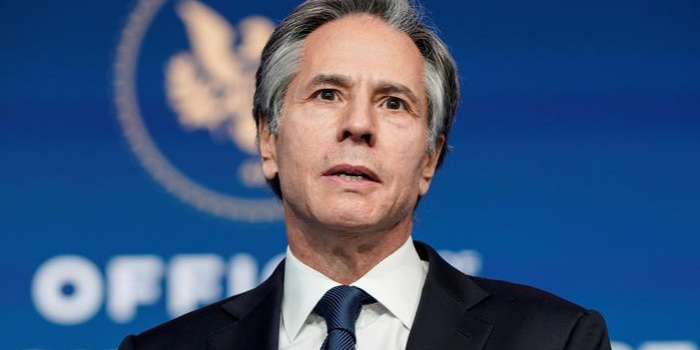 In his speech on World Press Freedom Day on May 3, US Secretary of State Anthony Blinken thanked Ukrainian journalists for their work covering the war with russia and compared Ukrainian media to russian ones, Detector Media reports.

"Thank you for the incredible courage that you and your colleagues are showing every single day in Ukraine. By the way, the contrast between media in Ukraine and media in russia in and of itself speaks volumes. And in Ukraine, whether before the [russian] aggression or now during the aggression, its vibrant – incredibly vibrant – free press putting a light on everything that’s happening is invaluable. And again, we really applaud the courage that you’re showing every day," Blinken said.

He also specifically mentioned Ukrainska Pravda and editor-in-chief Sevgil Musayeva in regards to the death of her sister's husband, American documentary filmmaker and The Times correspondent Brent Reno, in Ukraine.

"For all the challenges the press faces today, the work endures because of brave reporters like you. And journalists like Sevgil Musaeyava, joining us today from Ukraine, where she leads one of the country’s most widely read news sites, Ukrainska Pravda – work she continues even after her brother-in-law, documentarian and U.S. citizen Brent Renaud, was killed by russian forces while reporting from Irpin on March 1st," added Secretary of State.

He also noted the role of journalists in covering the events in Mariupol.

"It’s incredibly important for the work that all of you are doing to just keep shining a light on it, to make sure that the world knows, to the best of our ability, what’s actually going on; to see, to know, to understand the brutality of it, the inhumanity of it.  And that too, over time, I think, has a way of putting pressure on those who are engaging in these actions to change course," said Secretary of State.

Regarding russia's information space, Blinken said it had shut close almost completely in the last six months, but more and more people, including journalists, were expressing their views, so "over time and by different ways, information will find a crack and will get through." "And over time, even in the most closed-down society in terms of its information space, I think it’s going to be very difficult to fully hide the truth," Blinken said.