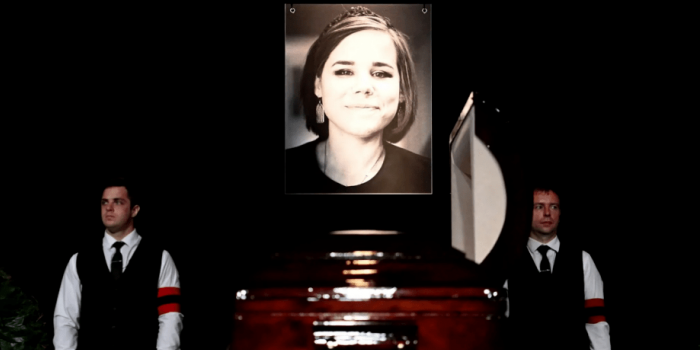 US intelligence considers the Ukrainian government to be behind the death of Russian propagandist Daria Dugina, the daughter of ultranationalist Oleksandr Dugin. The New York Times writes this, citing its own sources, reports Detector Media.

According to the media's information, the United States took no part in the attack, either by providing intelligence or other assistance, and would have opposed the killing had they been consulted. NYT writes that last week the US government shared their own assessment of Ukrainian complicity, which has not been previously reported. Ukraine denied involvement in the killing immediately after the attack, and senior officials repeated those denials when asked about the American intelligence assessment.

Some American officials suspect Ms. Dugina’s father, Aleksandr Dugin, a Russian ultranationalist, was the actual target of the operation, and that the operatives who carried it out believed he would be in the vehicle with his daughter. Dugin is one of Russia’s most prominent voices urging Moscow to intensify its war on Ukraine.

The American officials cited by NYT did not disclose which elements of the Ukrainian government were believed to have authorized the mission, who carried out the attack, or whether President Volodymyr Zelensky had signed off on the mission.

We remind that on August 20, on the outskirts of Moscow, a car carrying propagandist Daria Dugina, the daughter of Russian propagandist Oleksandr Dugin, exploded.

On August 21, ex-head of the Foreign Intelligence Service of Ukraine, Mykola Malomuzh, said that he considers the bombing of Dugina's car a provocation by Russian special services, for which they plan to blame Ukraine.

On August 28, the Secretary of the National Security and Defense Council, Oleksiy Danilov, said that Russian special services were involved in the assassination of Russian propagandist Daria Dugina.