Upwards of 40,000 UAH spent on Zelensky’ bicycle ride with journalists 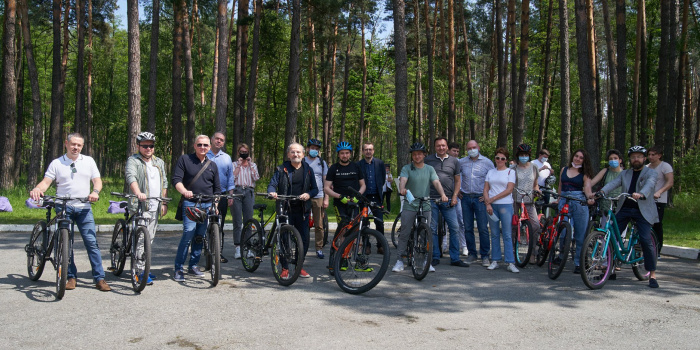 The Public Administration Department paid 41.5 thousand hryvnias (around $1500) to rent bycicles for a ride organized for the President Volodymyr Zelensky and invited journalists on Journalist's Day, as Detektor Media reported with reference to the Prozorro website .

The report on the purchase of "services for the use of sports items (bicycles) required for events and official receptions with the participation of the President" was published on the website on July 1. Valeria Yegoshyna, journalist with the Schemes program, drew attention to this.

“The contract was performed by Oleksiy Kushka, a private entrepreneur who is a co-owner of bicycle rental services popular in Kyiv. It's cool that big rental services are becoming popular, / it's not cool that the president's whim is fulfilled and paid for by the Public Administration Department, ” she wrote on Facebook.

According to her, renting a bicycle for Zelensky cost 400 hryvnias a day (around $14).

We will remind, on the Journalist Day, on June 6, the President Zelensky, held the closed-door meeting with representatives of 30 mass media . The journalists had a bicycle ride with the head of state through the territory of Zalissya's residence and fed the horses. After that, everyone was invited to a small banquet, where the President answered some questions from journalists.