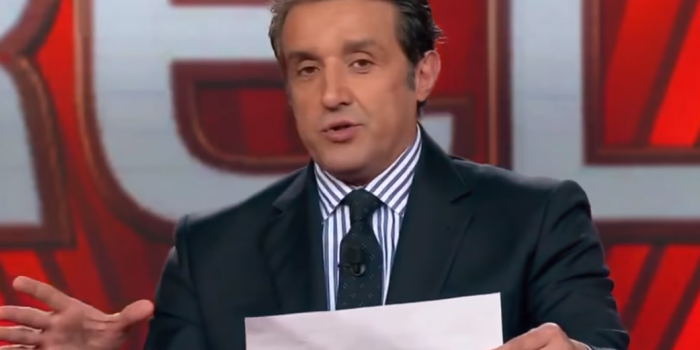 Flawed Ukraine reference didn't go unnoticed as the Ukrainian embassy reacted swiftly Flavio Insinna, a TV presenter hosting a popular Italian show L'Eredità broadcast by RAI, who previously said on the air "Ukraine's alternative name is Small Russia", has assured that it was an "unintentional mistake". That's according to a report by the Embassy of Ukraine in Italy. "Today, after the embassy's consultations with the television company management, Flavio Insinna on the air of RAI-1 publicly acknowledged his incorrect use of the phrase Piccolo Russia ["Little Russia]," the statement said, as UNIAN reported.

It is noted that Insinna assured the public "it was an unfortunate unintentional mistake." As UNIAN reported earlier, the Ukrainian Embassy in Italy required that the Italian public broadcaster RAI address the situation with the statement made by a host of the L'Eredita TV show who said that "Ukraine's alternative name is 'small Russia'" ("L'altro nome dell'Ucraina sia la 'Piccola Russia'"). "Over the incorrect and insulting assumption, the Embassy's firm position was immediately conveyed to the broadcaster's top management regarding the need to refute the statement," the Embassy wrote on Facebook on January 28.