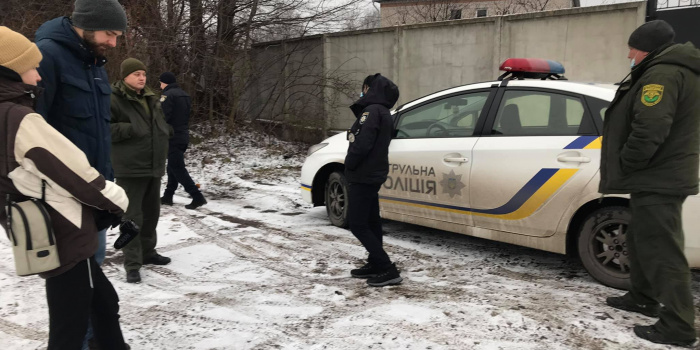 In Vinnytsia, Ukrzaliznytsia's paramilitary guards detained journalists from the local online publication “Vezha”, who were recording video  for a historical research project on the Tyazhyliv disctrict. This was reported to IMI by the editor-in-chief of the publication Andriy Kachor, who is also among the detainees.

According to Andriy Kachor, journalists Mykola Herkalyuk and Maryna Serbinovych were also detained together with him.

“We were filming a story, it's a kind of historical research project. There is a railway in this area. We took a panoramic view of the tracks and cars. As we were leaving, we were first approached by employees of the railway station, who called in a paramilitary guard. The guards detained us and called the police. The guards claim that we illegally filmed the administrative buildings of Ukrzaliznytsya (Ukrainian railway), ”Kachor said.

He added that the guards have not set them free for the second hour and accused them to be terrorists.

"The patrol police came, they said we were not doing anything contrary to the law, and they left. But the guards supposed we would be terrorists, and initially, they were going to call the SBU, and now called an investigative task force. We are waiting under the supervision of guards, ”Andriy Kachor said.