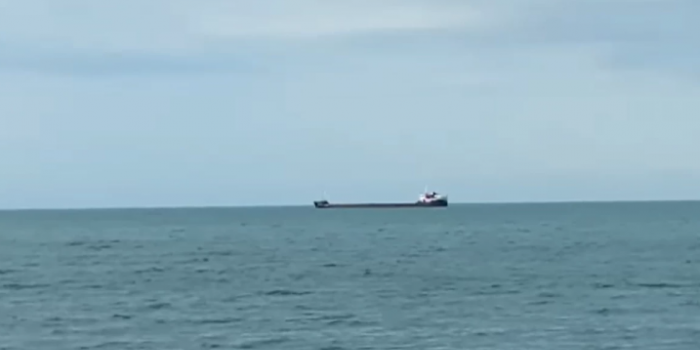 Ukrainian and Crimean Tatar TV journalist Osman Pashayev reported that journalists were recording russian ships with the stolen grain from Ukraine in the ports of four seas.

He told this to Detector Media.

According to Pashayev, four Suspilne Crimea staff employees are currently keeping record of the russian ships. These journalists cover ports in the Black, Mediterranean, Aegean, and Marmara Seas.

To expand the geography, volunteers are being taught the standards of presenting information and filming, "so that they can be on duty in ports, or film events in Europe and be proactive journalists."

According to the media outlet, on June 21 Pashayev said on Facebook that one of the russian ships with stolen grain, "Svyatoy Nikolay," was in the Istanbul port, and then she should have gone to Bandirma port, but changed the route and went to Izmir instead.

"But good evening, russian thieves. #UASOUTH journalist Emir Budzhurov will meet you in the port of Izmir. Do you really want to check how many Crimean Tatars are able to master the basics of the reporting profession in a week and show you and the Turks, as well as some American companies behind the purchase of this grain, the criminal behavior of enemies and shameful behavior of friends?" Pashayev wrote.

In his comment to the publication, Pashayev added that they managed to film the unloading of Ukrainian corn in the port of Bandirma.

"We recorded the unloading of Ukrainian corn in Bandirma, which the russian dry cargo ship "Fyodor" brought from the port of Akyar (Sevastopol), and yesterday we filmed "Sormovsky-48," which has been repeatedly loaded with grain in Crimea and unloaded in Turkish ports, but got filmed by the journalists' cameras for the first time," Pashayev said.

russia is hindering the export of Ukrainian grain by having the Black Sea mined. In addition, in the temporarily occupied territories of Ukraine, russians are stealing grain, trying to sell it to third countries as "russian." russia's blockade is already causing a global food crisis.