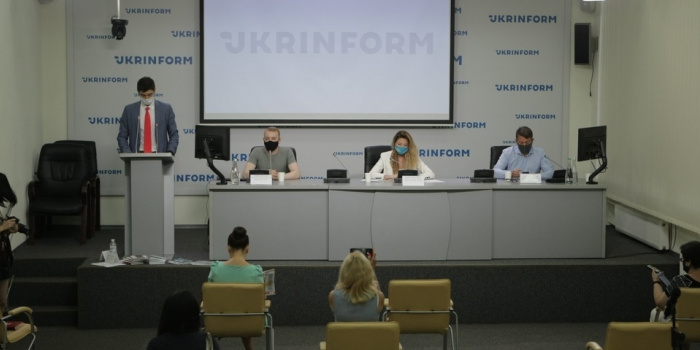 The Ministry of Foreign Affairs together with a number of public organizations is launching a large-scale project to support professional journalists and citizens journalists who are being persecuted and tortured in the occupied parts of Donbass and the Autonomous Republic of Crimea. The First Deputy Foreign Minister Eminé Dzhaparova said it at the round table "Non-freedom of speech in the temporarily occupied territories of Ukraine," as Ukrinform reported.

"We, as the Ministry of Foreign Affairs, announce launching of a long-term campaign to protect those who perform these functions today (function of journalist. - Ed. ). I want to name eleven last names of people who are behind bars today for their activism, "Dzhaparova said, adding that it was question of coverage of detention of Crimean Tatars in Crimea by Russian security forces.

She stressed that there was no genuine professional journalism in the occupied territories at the moment, so a new phenomenon has emerged which is a citizen journalist: when the functions of media representatives are performed by ordinary people who have an active civil position.

Dzhaparova also noted that the plans are to launch an institution of tutors, when well-known authoritative people are to take care of each prisoner and defend their right to freedom of speech in all international arenas.

"We plan to launch the institution of tutors which means that some prominent persons who have authority at an international level, so that every imprisoned activist has a tutor. This project will be launched in September," the deputy minister said.