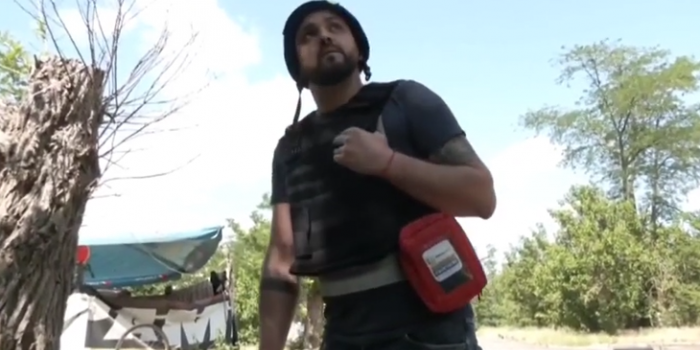 The filming crew of "Ukraina" TV channel came under russian fire twice in the village of Luch, Mykolaiv region, while filming a reportage.

This was reported to IMI by the channel's correspondent Artem Dzhepko.

According to him, no one was injured during the shelling.

“We are all ok, but it's only because we run fast and reacted to the shelling quickly. We came under fire twice in an hour. At first it was a GRAD or cluster munitions. The second time it was something heavy. Maybe a tank, an ACS or a 'Pion,'" Artem said.

He does not believe that they were being targeted deliberately. According to Artem, the russian military shells the villages of Luch, Shevchenkov,e and Prybuhske every day.

According to the journalists, they were filming a story about the lives of people staying under fire.

"We went there to find out how people are surviving, what they eat, to record the ruscists' crimes. Then we wanted to visit our boys on their positions. But the shelling was very heavy, so we left quickly," said Artem Dzhepko.