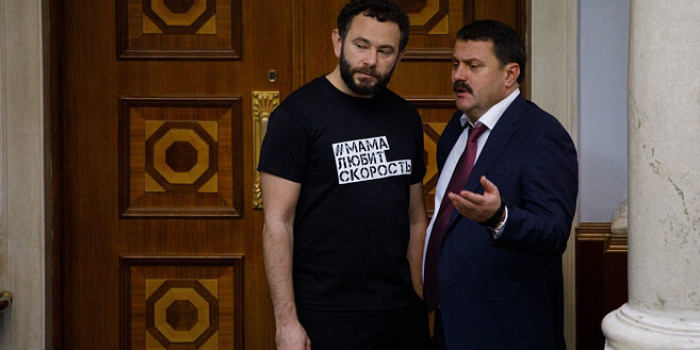 The United States says it has imposed sanctions on seven Ukrainians and four Ukrainian entities for attempting to interfere in the November U.S. presidential election, as Radio Free Europe/Radio Liberty reported.

The U.S. Treasury Department said in a statement on January 11 that Oleksandr Dubynskiy, Dmytro Kovalchuk, Kostyantyn Kulyk, Oleksandr Onyshchenko, Anton Symonenko, Andriy Telizhenko, and Petro Zhuravel had been added to the Specially Designated Nationals (SDN) list at its Office of Foreign Assets Control.

The Treasury added that four websites and media groups -- Era-Media, Onli n’Yuz, Nabuleaks, and Skeptik – have been added to the list as well.

According to a statement by Secretary of State Mike Pompeo, all the sanction targets were "part of a Russia-linked foreign intelligence network associated with Andriy Derkach," who was sanctioned in September.

Derkach, a member of the Ukrainian parliament, "has been an active Russian agent for more than a decade," Pompeo said.

Derkach was linked to an effort by Rudy Giuliani, who is U.S. President Donald Trump’s personal lawyer, to find compromising information on former Vice President Joe Biden, who was running against Trump in the 2020 election and who eventually defeated the incumbent.

According to BuzzFeed, Onyshchenko in July described himself, Derkach, and Kulyk as "team Guliani." The men provided information to two U.S. Senate committees that in September issued a report asserting that the business activity of Biden’s son, Hunter, in Ukraine during the time Biden was vice president created "a potential conflict of interest."

The report added that it was "unclear" whether Biden altered U.S. policy or took any other actions to assist his son.

Democrats have said the report was a politically motivated attack aimed at helping Trump in the election and spreading Russian disinformation.

Pompeo’s January 11 statement did not mention Biden or Trump by name, but said the sanction targets the "coordinated dissemination and promotion of fraudulent or unsubstantiated allegations involving a U.S. political candidate."

"They have made repeated public statements advancing malicious narratives that U.S. Government officials have engaged in corrupt dealings in Ukraine," Pompeo said.

People and entities on the SDN list have their U.S. assets blocked and U.S. persons are generally prohibited from dealing with them.