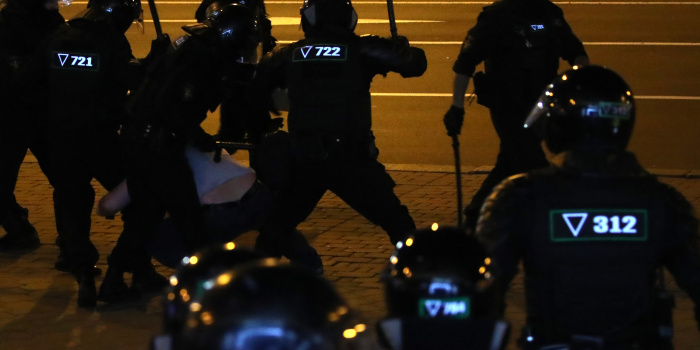 "In conjunction with restrictive measures and intimidation employed against opposition candidates and the mass arrests and detentions of Belarusian civil society members and journalists, actions to limit access to the Internet, including social media and other digital communication platforms, further erode civic space," said the statement released by the U.S. State Department.

Belarusian authorities have repeatedly disrupted the Internet and restricted access to independent media websites in a bid to control information and hamper efforts at organizing protests.

In the statement, the 29 countries said that "civic space online is integral to a vibrant civic space off-line" and they would continue to stand by the people of Belarus as they try to make their voices heard despite "oppressive measures."

"Shutdowns limit media freedom and the ability of journalists and human rights defenders to report on human rights violations or abuses and hold governments accountable," it continued.

Thousands of people have been detained while nearly all the opposition's key leaders have been forced to leave the country or been arrested in a widening crackdown since the August 9 vote extended President Alyaksandr Lukashenka’s 26-year rule in what the opposition and the West have called a rigged election.