Cars of journalist who covered corruption burnt down 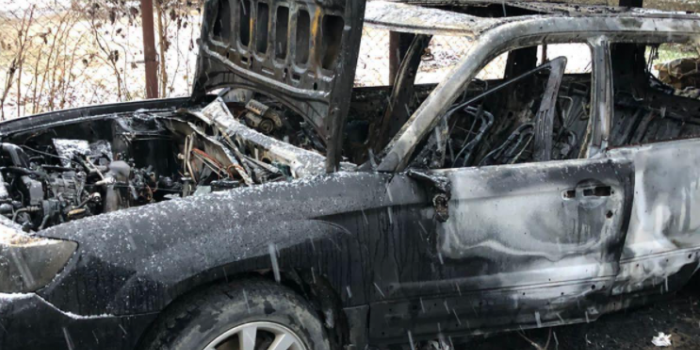 On the night of December 5, two cars belonging to a local journalist Pavlo Biletsky in Uzhhorod (Zakarpattia region) were destroyed by fire, as the journalist reported on the incident on his Facebook page.  Also Pavlo Biletsky confirmed his Subaru Forester and a Volkswagen Beetle were burnt down, speaking to the IMI representative in the Zakarpattya region.

According to Pavlo, at about four in the morning, he heard the sounds of burst tire and then he saw the flame. According to the victim, the arsonist or arsonists broke into his yard at night and set fire to cars. There was no video cameras on the territory.

Pavlo Biletsky is known as the head of the ZIDO website . The journalist related the probable arson of his cars with his professional activity, as he was regularly spoke of corruption schemes in Uzhhorod city and Zakarpattya regional councils on the website and as a blogger he wrote about gold mining activities in the region on social networks.

According to Pavlo Biletsky, the damage from the destruction of cars is about 11 thousand dollars. Firefighters and an investigative task force arrived at night.

Police have opened a criminal investigation into the intentional damage to vehicles. "Currently, the police are establishing all the circumstances of the incident. According to this fact, investigators entered information into the Unified Register of pre-trial investigations under Part 2 of Art. 194 of the Criminal code of Ukraine ("Deliberate destruction or damage of another's property, by arson") ", - reported the officials of the department of communication of police of the Zakarpattya region.