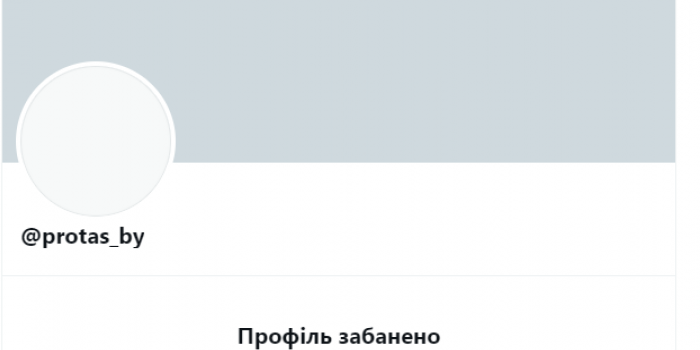 Twitter blocked the "new account of Raman Pratasevych", that has been created last week, as Radio Svoboda reported.

The reason of blocking is currently unknown.

Roman Protasevych, the former editor-in-chief of the Nexta telegram channel, who was detained in Belarus after the plane was forcibly landed and recently placed under house arrest, appeared on the Internet on July 7. A video of the walk was posted on his behalf, where Pratasevych asked about news in his absence.

One of the users asked Pratasevych to give a sign that if he writes a message under control, then write, say, two punctuation marks in a row. Later in one of the tweets appeared two hyphens in a row instead of a dash.

From the beginning, it is unclear who actually controlled Protasevich's "new Twitter account." Belarusian law prohibits persons under house arrest from using the telephone or the Internet or going outside.

As IMI reported, Raman Pratasevych was detained on May 23. He was a passenger on the Athens-Vilnius flight, which landed in Minsk due to a report of a bomb on board. After the inspection, Belarusian police arrested him. Ryanair has received instructions from Belarusian air traffic controllers to land the plane in Minsk. On behalf of Lukashenko, a MiG-29 military fighter was lifted into the sky to escort the plane.

Together with Pratasevych, his girlfriend Sofia Sapega who accompanied him has been detained also.

Raman Pratasevich is accused by the Belarusian authorities of organization of mass riots, an active participation in group actions that grossly violate public order, an incitement of social hatred.

A number of Belarusian human rights organizations have recognized Protasevich and Sapiega as political prisoners.

The EU and the US have condemned the detention of Roman Protasevich.