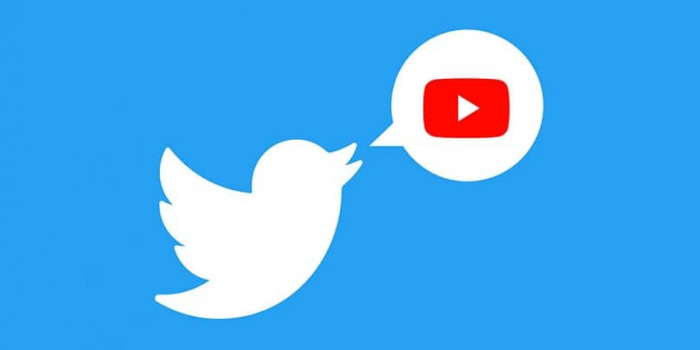 Twitter and YouTube are ignoring Ukraine's requests to take down russian propaganda and hate speech targeting Ukrainians. This is shown by the Disinformation Situation Center's new research, Washington Post reports.

Ukrainian officials who have flagged thousands of tweets, YouTube videos and other social media posts as russian propaganda or anti-Ukrainian hate speech say the companies have grown less responsive to their requests to remove such content.

As a result, researchers say, kremlin-backed narratives are once again propagating across Europe, threatening to undermine popular support for Ukraine in countries that it views as critical to its defense.

"When it was the first months of full-scale russian aggression, [the U.S. tech companies] were very proactive, very interested to help. Now they are avoiding to make a call with us," said Mykola Balaban, deputy head of Ukraine’s Center for Strategic Communications and Information Security, a government agency.

While some platforms, including Meta’s Facebook and Microsoft’s LinkedIn, have continued to correspond regularly with Balaban’s agency, he said Google-owned YouTube hasn’t returned its emails for almost two months.

Ukraine partnered with independent researchers at the Disinformation Situation Center, a Europe-based coalition spanning multiple nonprofit organizations, to analyze the effectiveness of the platforms’ moderation efforts. They have been tracking and flagging posts that use derogatory or dehumanizing terms for Ukrainians as a way of justifying the war.

The report finds that upward of 70 percent of posts flagged as anti-Ukrainian hate speech on YouTube and Twitter remained available as of late June, while more than 90 percent of the accounts responsible for such posts remained active. Posts included slurs that blend the Russian words for “Ukrainian” and “baboon”; a tweet that translates to “Death to Bandera supporters, take no prisoners!,” a reference to the late Ukrainian nationalist leader Stepan Bandera intended to link Ukraine to Nazi Germany; and a YouTube comment in Russian that translates to, “Ukraine will be wiped off the face of the Earth, hooray!” etc.

The report also finds that LinkedIn, a site better known for professional networking than politics, removed fewer than half of the posts that Ukrainian officials flagged as examples of Russian propaganda justifying the war. LinkedIn did not respond to a request for comment.

On the positive side, the researchers found that Facebook had removed all 98 of the posts the Ukrainian government and its partners flagged as containing anti-Ukrainian hate speech, though many of the accounts responsible remained active. Facebook spokeswoman Erin McPike noted that the company’s policies generally don’t include a ban for first-time offenders, but do include escalating consequences for repeat offenders. Facebook and Instagram also appeared to be generally responsive to requests to take down accounts impersonating Ukrainian officials and advertisements spreading Kremlin talking points, though the researchers said they would prefer to see the platforms take a more proactive approach.

Of the more than 15,000 flagged posts in the study, the majority were tweets, perhaps because Twitter makes it easier for users to create multiple accounts, allows anonymity and has looser speech restrictions than its rivals. More than 1,000 of the posts and comments were from YouTube, while the numbers flagged on Facebook and Instagram were in the hundreds and on LinkedIn less than 100.

"I don’t think it’s bad will on the part of the tech companies. It’s really just lack of resources, lack of investment, lack of preparedness, and a shortage of staff with Russian and Ukrainian language skills and local expertise," he said.

Thierry Breton, the commissioner for the internal market of the European Union, who has targeted tech for regulation, said the report from the Disinformation Situation Center exemplifies the need for tough regulations to hold tech platforms accountable.

"The Russian disinformation war is a real invasion of our digital space. The examples in the report show once again that big online platforms have taken insufficient measures to protect their users against this invasion. This has real life consequences across the whole world," he said.