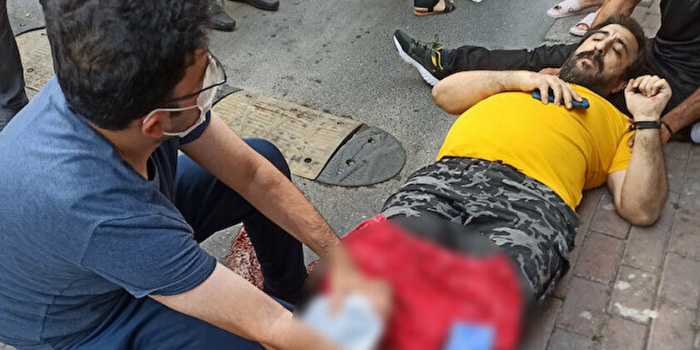 Turkish authorities should conduct a swift and thorough investigation into the attack on political commentator Emre Erciş and bring those responsible to justice, the Committee to Protect Journalists said on 12 of August.

This afternoon, an unidentified attacker shot Erciş in his foot and leg while he was walking in Istanbul’s Fatih district with his daughter, according to news reports, which said his daughter was not injured in the attack.

The attacker wore a helmet and approached Erciş on a motorcycle, fired one shot that scratched his left foot, and other that entered his right leg below the knee, breaking a bone in his leg, according to those reports. The journalist was hospitalized following the attack, those reports said, adding that the injuries were not life threatening. Police have opened an investigation, those news reports said.

“Turkish authorities must swiftly investigate the shooting of journalist Emre Erciş, determine if it was related to his reporting, and bring all those involved swiftly to justice,” said CPJ Program Director Carlos Martínez de la Serna. “Journalists on all sides of the political spectrum are at risk of assault in Turkey, and impunity in such cases only encourages the next potential assailant.”

Physical attacks on journalists in Turkey are rarely prosecuted, according to CPJ reporting.

Previously, on June 10, reporter Ahmet Atmaca was beaten in the southeastern city of Gaziantep, and on June 22, reporter İbrahim Akkuş was beaten in the northern province of Samsun, as CPJ documented; authorities identified, questioned, and then released suspects in both cases.

CPJ emailed the Istanbul Police for comment but received no immediate reply.