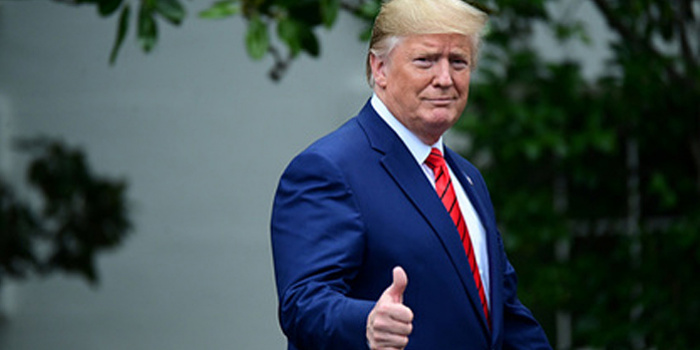 US President Donald Trump has signed an executive order aimed at removing some of the legal protections given to social media platforms, as BBC reported.

He said the firms had "unchecked power" to censure and edit the views of users.

The order, which is expected to face legal challenges, comes after Twitter decided to append fact-check labels to two of his tweets this week.

On Wednesday Mr Trump accused the company of election interference after it added a warning label to the tweets about claims of widespread fraud in mail-in voting - also known as postal votes.

And early on Friday, Twitter hid one of President Trump's tweets from his profile, saying it violates rules about glorifying violence.

What does the executive order say?

Under a 1996 law, website operators, unlike traditional publishers, cannot generally be held responsible for content posted by users.

The sites are also protected from lawsuits if they block posts deemed obscene, violent "or otherwise objectionable, whether or not such material is constitutionally protected".

The executive order argues that this immunity should no longer apply if a social network edits posts, such as by adding a warning or a label.

It also says "deceptive" blocking, including removing a post for reasons other than those described in a website's terms of service, should not be protected.

Republican Senator Marco Rubio is among those arguing that the platforms take on the role of a "publisher" when they add fact-check labels to posts.

"The law still protects social media companies like Twitter because they are considered forums not publishers," Mr Rubio said.

"But if they have now decided to exercise an editorial role like a publisher, then they should no longer be shielded from liability."

The executive order also calls for the Federal Communications Commission (FCC) to spell out what type of content blocking will be considered deceptive or inconsistent with a service provider's terms and conditions.