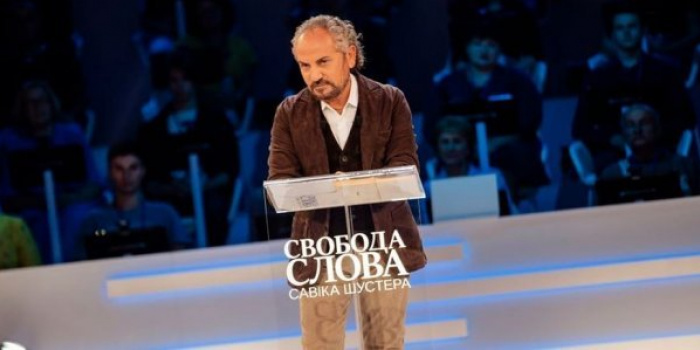 On November 28, the first court hearing will be held over the label claim filed by Savik Shuster, anchorman of "Freedom of Speech", against oligarch Igor Kolomoysky, as Shuster told ‘Novoe  Vremya” Radio.

“On 28 [November] the first hearing is to be held. Of course, if we lose - [so] we lose, I don't care. But there are no other mechanisms of defense, because "you are lying" - well, this is not the answer, let the court say its word, " he said.

Schuster claimed that Kolomoisky "just kicked" him "out of the air" and he is not fulfilling his contractual obligations.

Responding to a question about whether Kolomoysky blamed him that Shuster allegedly had taken UAH 50,000 from two guests of the show, the journalist replied, "Yes, yes, Holy Christ!"

“I would be ashamed, if I were him, but he knows no shame. He has no sense of shame. So, it's just shameful, really shameful. And what I had to do? To seize the court,” he summed up.

On September 20, 2019 in live TV program of "Freedom of Speech" a quarrel ensued between the TV presenter and journalist Savik Shuster and oligarch Igor Kolomoysky.

Shuster said that in 2015, his program, which aired on Kolomoisky TV channel "1 + 1", was taken off the air. The oligarch also states that the reason for this was that the journalist was allegedly taking money from guests for taking part in the program.

Kolomoysky accused Schuster saying the latter owed him $ 2.3 million for programs that the studio failed to air in 2015. So, he decided to seize the court with libel suit.