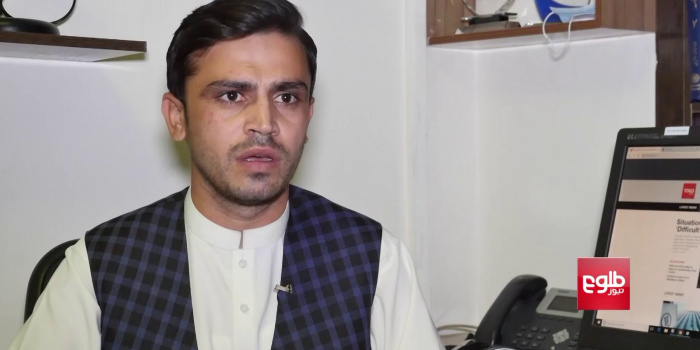 TOLOnews reporter Ziar Yaad and his cameraman were beaten on Wednesday by the Taliban in Kabul city while they were working on a report, as TOLO News reported.

Yaad and his cameraman Baes Majidi were filming footage of jobless people and laborers in Haji Yaqoob square in the Shahr-e-Naw area of Kabul city when the Taliban beat them for unclear reasons.

Yaad was working on a report about the increase of unemployed people in Kabul.

“While we were taking footage, Taliban came and-- without asking us who we were--made a noise and took my mobile phone and the camera of my cameraman,” Yaad said. “We showed our reporter badges but they came and slapped us and beat us with their guns.”

“They took my mobile and our work equipment with them,” he said.

A number of journalists have urged the Taliban to support the media.

Since the Taliban took control of 33 provinces and Kabul city, several reporters have been beaten by the Taliban.

“The Taliban’s clash with journalists has been a concern for all reporters since they took control of Afghanistan and Kabul,” said Parwiz Aminzada, the deputy head of a journalist’s association in Parwan province.

Journalist Hizbullah Rohani said: “This is a matter of great concern for Afghan journalists, and we urge the Islamic Emirate to address these issues.”

In the meantime, Ahmadullah Wasiq, deputy head of the Taliban’s cultural commission, said that the Taliban is "seriously" following the incident with Yaad, and officials will determine why the incident happened.

“Not only this, but we will also investigate and solve any issues in the way of the journalists,” he said.