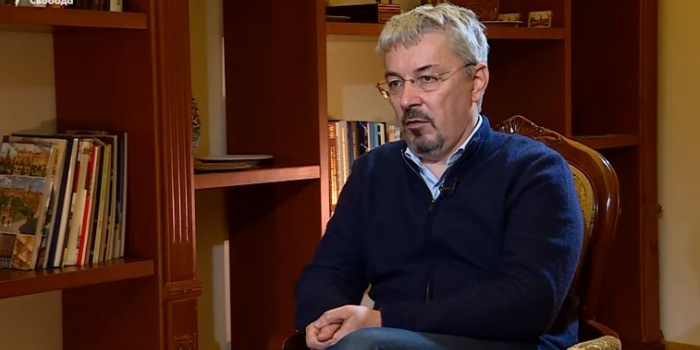 The Minister of Culture and Information Policy of Ukraine Oleksandr Tkachenko calls on all European and international cultural figures to stop working with Russian artists and using the works by Russian composers and writers, which Russia deliberately calls its weapons.

This is stated in his repeated open appeal published on the website of the Ministry of Culture and Information Policy.

"Culture cannot exist outside of politics. Especially when culture is one of the types of politics that a nuclear terrorist state is using as a weapon in the war against world democracy. Every day for the eighth month in a row, Russian missiles have been falling on Ukrainian soil. Every day, Putin's Russia deliberately destroys everything related to Ukraine: kills civilians, destroys civilian infrastructure, targets our theaters and museums, steals and appropriates the merits of Ukrainian artists, tries to convince the world of the greatness of Russian culture, at the same time emphasizing the secondary nature of Ukrainian culture," the appeal reads.

He recalled that the Kremlin's totalitarian regime uses Russian art and artists as a weapon of propaganda, as well as to whitewash its reputation in the West.

"Not so long ago, during another one of his speeches, Putin said that 'Shostakovich's Leningrad Symphony continues to evoke the strongest feelings in new generations' because it is about 'love for the motherland and readiness to defend it,' implying that Shostakovich was justifying the war. The Z symbol of support for the war in Ukraine has been placed on the facade of the Oleg Tabakov's Theatre in Moscow. And the Yermolova Theater ru by Oleg Menshikov began 'creative cooperation' with the Investigative Committee of the Russian Federation," Tkachenko noted.

According to him, Russian culture is part of the Russian state military-totalitarian machine.

"And it cannot be divided into bad and good. Therefore, there should be no questions as to why the world should abandon Russian culture. It seemed that there were few people or cultural institutions left in the world who did not understand the Russian Federation's intentions and the causes / consequences of the bloody '4D chess' of Putin's regime. But there are still those who do not shy away from cooperating with Russian artists who support Russia's aggression against Ukraine or keep silent about the terrible crimes," the address reads.

He noted that people who are raping and killing Ukrainian children and civilians, burning Ukrainian books in the occupied territories, were raised by Russian culture.

"I call on everyone who sees the atrocities committed by Russia against Ukraine, the entire civilized world, to support this appeal and to refuse refuse to work with Russian artists and to use works by Russian composers and writers, which Russia deliberately calls its weapons. Otherwise, you side with the aggressor and forever remain in history as standing on the side of evil. Along with political and economic sanctions, we need to strengthen our efforts to boycott Russia's presence in the international cultural space! There should not be any dialogue with the culture of terrorists," said Oleksandr Tkachenko.