TIME came out with Zelensky’s quotation in Ukrainian on front page : “Life will win over death” 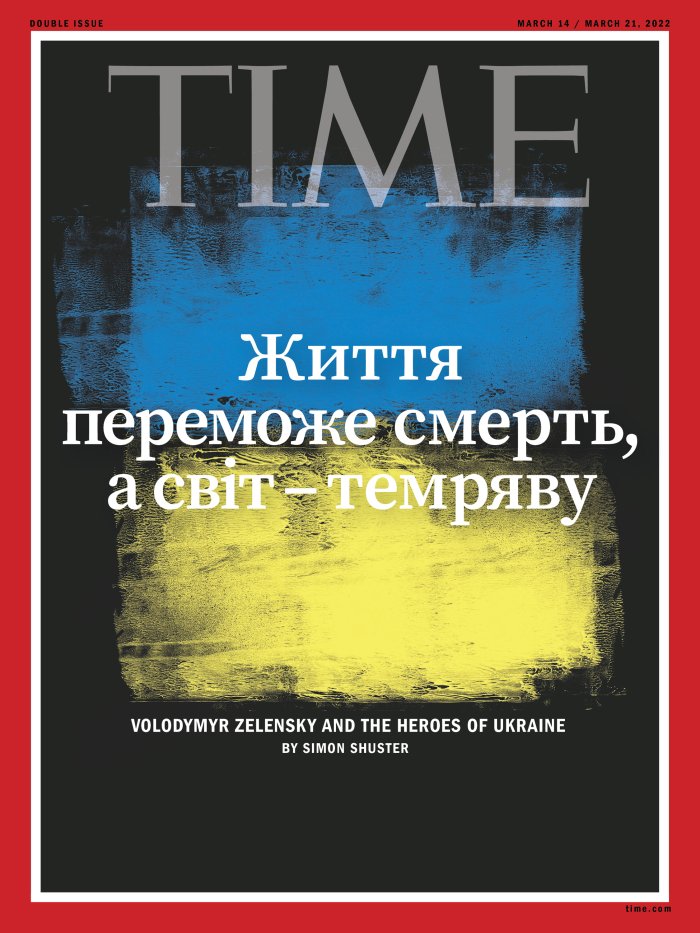 The magazine TIME came out with the words of the President Volodymyr Zelensky, which he pronounced during a speech in the European Parliament on March 1.

" Before our eyes he came to embody a struggle that most Western statesmen had long forgotten how to fight, the one that is sometimes required to keep tyranny from killing off democracy. Zelensky not only rallied his own people to defend their nation, inspiring them to toss petrol bombs at Russian military vehicles and stand in the way of tanks. He also galvanized the world’s democracies in ways that seemed unthinkable just a week before," TIME reads.