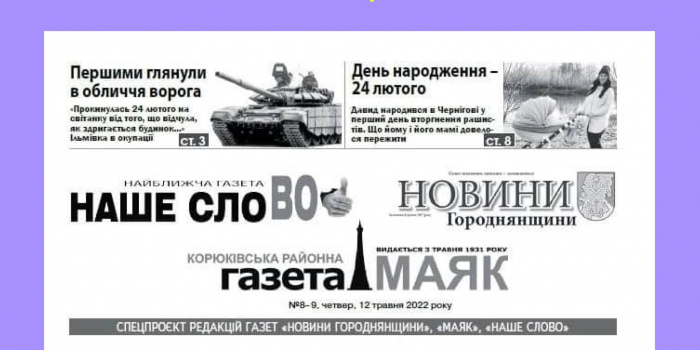 The joint newspaper was published by Nashe Slovo, Novyny Horodnyanshchyny, and Mayak.

“The editors of the Susidy.City website (Chernihiv region) showed what the joint newspaper's first issue since the beginning of the russian-Ukrainian war looks like. The three publications united to give the local readers their usual 12-column newspaper. And also to tell the truth about the life in the neighboring territories during wartime. Because to survive and rebuild your old life you need to unite, right? Friends, this is great work," the statement reads.

It is noted that this was the first joint issue of the newspaper after the liberation from russian occupation and after the resumption of printing and postal deliveries.

Susidy.City is an online publication about the life of Koryukivka and Mena districts of Chernihiv region, according to the portal's website.