"They were trying to crush us," says journalist about living in a Russian torture camp in Kherson 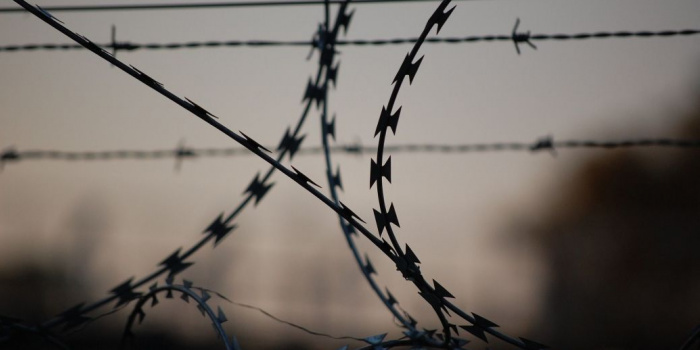 Angela Slobodyan, journalist for the now closed TRC "Ukraina", said that she had been kept in a Russian isolated cell in occupied Kherson and spoke about the invaders abusing their captives and torturing Ukrainian POWs.

She wrote about it on her Facebook page. Angela Slobodyan confirmed to IMI that she consents to the story of her Russian captivity being published, but without the details.

She spent about a month in a Kherson detention center which the Russians turned into a torture camp. "Psych ward No. 6. That's what we called our cell No. 6 in the Kherson detention center. Faina, Olya, Svitlana, Natalya, and I as the patients, supervised by our torturers. No, they did not beat us. They had other kinds of 'injections' for women. They tried to humiliate and crush us. Ruthlessly," she wrote.

According to Slobodyan, they could hear the occupiers kill a prisoner and then wrap his body in plastic (the Kadyrovites "overdid it" while interrogating him), could hear them raping men outside the cell door.

"We knew where our lads were being tortured with electric current, where they were being beaten and where they were being forced to talk. Black shadows in the moonlight. They don't know what pain is. They inject droplets of their toxins into everything that lives. Wretched creatures. Horrifying experience. To live... We, the Psych Ward No.6 patients, started every new day with the thought that WE MUST SURVIVE. Not everyone did," Angela Slobodyan recalls.

The girl said that her 66-year-old roommate Faina had a stroke and died. The woman had been taken prisoner because her son was a volunteer.

Two more women were detained "because of who their husband and brother were."

"Svitlanka. We shared a bunk bed with her. There were three beds for five people. Svitlana had been 'taken away' because of her husband. They let her go because 'they didn't need her anymore.' Took her out for questioning and said, 'your husband has been killed, you are free to go.' Another life broken. Olya. A teacher. They released her on day 33. Didn't question her once. She was being held captive because of her brother," the journalist said.

Angela was released from the detention center after 30 days in captivity. "I was constantly imagining myself getting out, no longer hearing the noise of the metal gate... leaving everything behind... The next day, I was standing at the gate. Took a friend along and brought a 'package' for my folks. Natalya. They kept her there for almost 4 months. Bogus accusations. Today I learned that she had gotten out of the torture camp. Now we are in different cities in Ukraine. Our Psych Ward No. 6 will meet again, albeit not in full. But we will for sure. In our Kherson, freed from evil. We have faith!" she added.

According to the journalist's information, which she received from those who had been "evacuated" from the Kherson detention center, the Kherson Mayor, Ihor Kolykhayev, is currently in custody in Kalanchak. He lost a lot of weight, has some health problems.

She was also told that 36 people were "evacuated" from the Kherson detention center. "From Hola Prystan to Novotroitske. Took them two weeks to move everybody. As they were doing it, they left 3 women in Kherson, I know their names, I will pass them on to the Prosecutor's office. People are being held in the police station. The occupiers are letting the detainees go without documents, money, or phones," Angela Slobodyan wrote.

We remind that since the start of the full-scale invasion, IMI has recorded 19 cases of journalists being captured or kidnapped.