Stress increase and information access issues have become the main professional consequences for media workers in the half a year of the full-scale war in Ukraine.

The top-10 professional consequences for media workers are as follows: 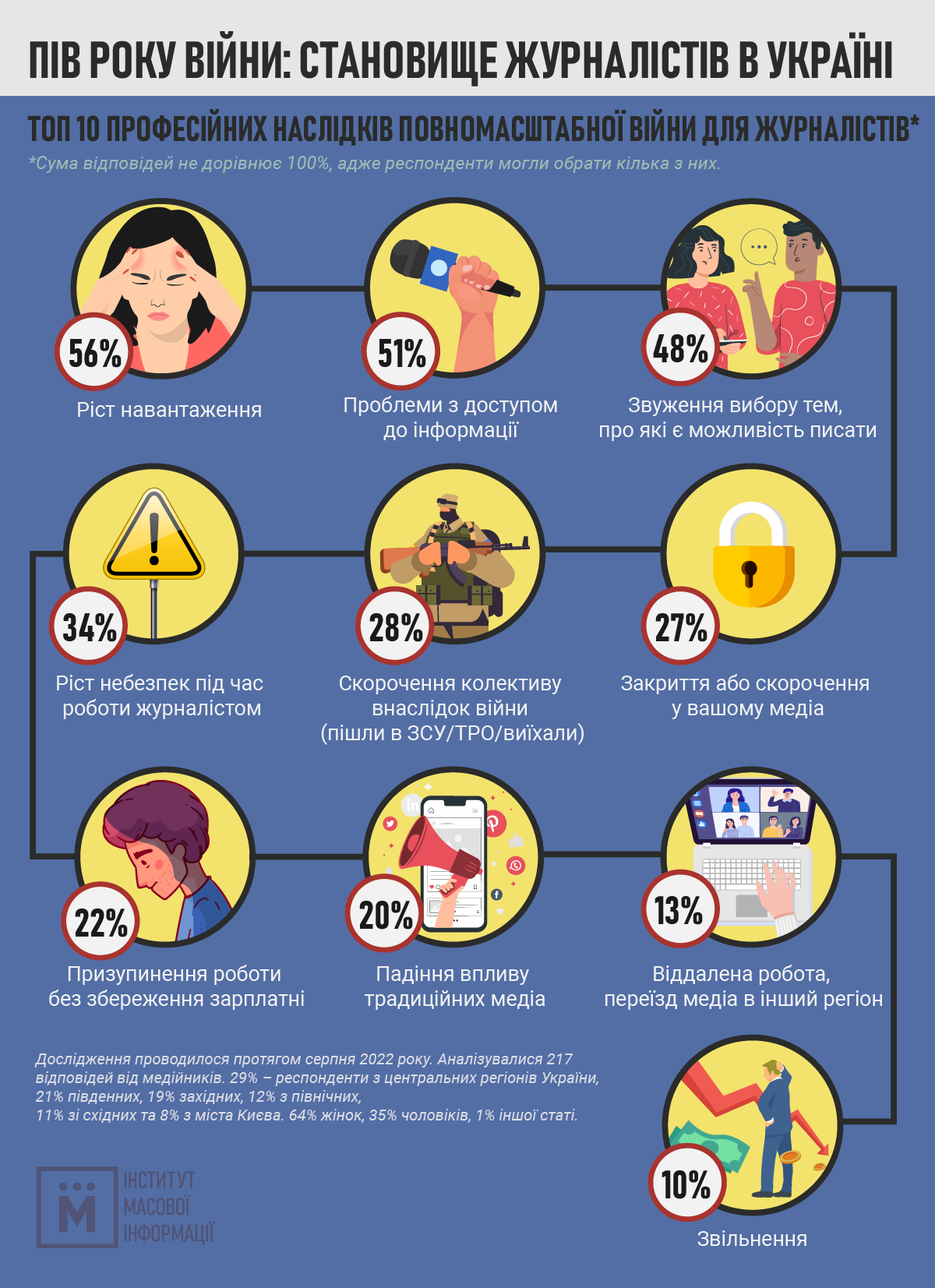