The UK approves Assange's extradition to the US 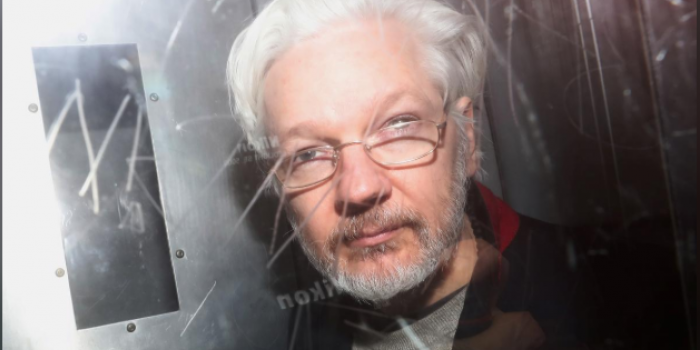 UK Home Secretary Priti Patel has approved the extradition of WikiLeaks founder Julian Assange to the United States for prosecution.

This is said in the Home Office's statement, according to Radio Liberty.

"On 17 June, following consideration by both the magistrates court and high court, the extradition of Mr Julian Assange to the US was ordered. Mr Assange retains the normal 14-day right to appeal," the statement reads.

In the meantime, WikiLeaks's statement on Twitter says: "UK Home Secretary approves extradition of WikiLeaks publisher Julian Assange to the US where he would face a 175 year sentence – A dark day for Press freedom and for British democracy. The decision will be appealed."

As IMI reported, on April 20, 2022, a court in London allowed the extradition of WikiLeaks founder Julian Assange to the USA, where he is facing long term imprisonment. The extradition decision is going to be approved by Home Secretary Priti Patel.

Now Assange is being detained in Belmarsh high-security prison in London.

WikiLeaks founder Julian Assange was arrested on April 11, 2019, after spending 7 years at Equador Embassy in London. In July 2021, the Court of Equador revoked Julian Assange's citizenship.

In the US, Assange is facing up to 175 years of imprisonment for charges of illegal publication of classified content, namely the names of classified sources, as well as colluding with an ex-military analyst, former private Chelsea Manning for access to classified information.