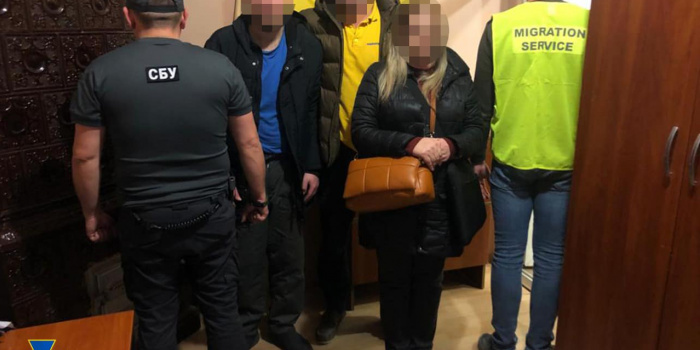 The Security Service of Ukraine deported three russian citizens who had been promoting the idea of "ruZZian world" from Lviv region. The three had been trying to destabilize the situation in the region.

The SSU Office of Lviv region reported this on their Facebook page.

According to the SSU, the russian citizens' presence on Ukrainian territory had been illegal. Field officers found that they had been harming Ukraine's national interests.

The law enforcers approved a decision to forcefully send the russians away from Ukraine and prohibit them from entering the country for three years.