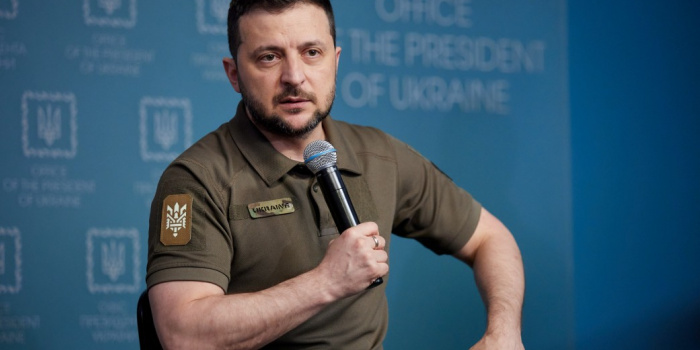 The President of Ukraine Volodymyr Zelenskyy stated that the murderers of journalists will be searched for and held accountable.

He said this in an interview with journalists, Ukrinform reports.

"We will find as many murderers as possible and bring them to justice," the head of state said.

He noted that the war has different stages and in some of them, the media play a key role.

"They (people around the world – Ed.) do not see our military, but journalists are heard abroad. Your colleagues provide support and spread the whole truth," Zelensky said.

However, answering the question about the expediency of establishing a tribunal for murderers of mass media representatives, the President said that he did not know whether such a practice exists in the world and whether numerous tribunals are needed, especially since there would not be many experts in this field.

We remind that since the start of the russian federation's full-scale invasion of Ukraine, 32 journalists have been killed.

On the occasion of the Journalist's Day, President Volodymyr Zelenskyy presented 39 Ukrainian journalists and media representatives with state awards of Ukraine.