The media in the occupied territories are closing en masse so as not to work for the occupiers, says Romaniuk 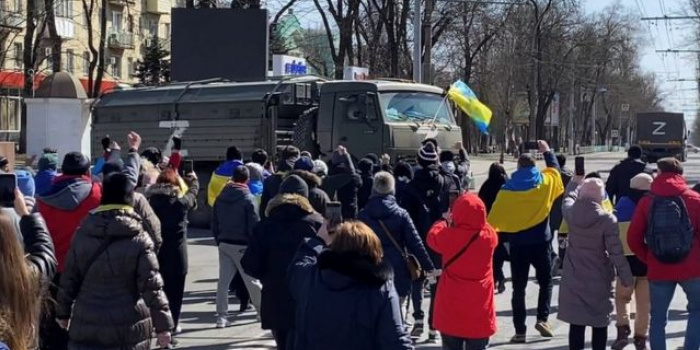 Oksana Romanyuk, executive director of the Institute of Mass Information, said that local media in the occupied territories were closing in order not to cooperate with the russians and not to spread russian propaganda.

She said this on April 27 during an online discussion "Freedom of the media during russia's aggression against Ukraine", Detecror Media reports.

The discussion took place within the framework of the international conference "After the War: Rethinking the Future of Civil Society," moderated by the head of the "Detector Media" NGO Natalia Ligacheva.

According to Romaniuk, more than 100 regional media outlets have announced they were closing, and only four have agreed to cooperate with the occupier. The rest decided to cease their work – to dismiss all employees, to move to social media, just not to let their brand be used to broadcast russian propaganda.

Romaniuk suggested comparing the situation with russia's "liberal media," which, even without such challenges, are afraid to call the war a war.

Since russia's full-scale aggression against Ukraine, 243 crimes against journalists committed by russian troops have been recorded. In particular, seven journalists were killed in the line of duty, nine were injured, and 15 went missing.

"We have not faced such large-scale challenges before, now journalists are being intimidated, hunted down, the russian FSB has lists of extermination," Romanyuk said.

Romanyuk added that all russian crimes will be documented and submitted to the Hague.