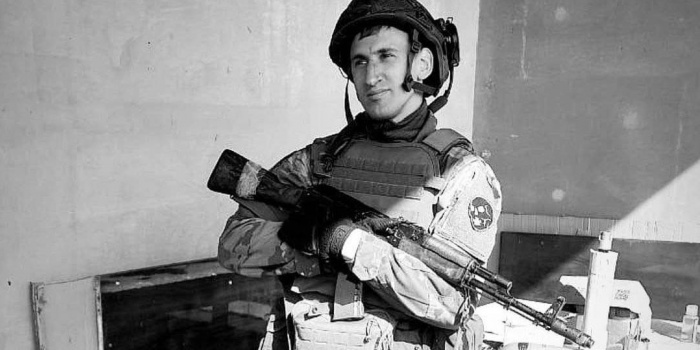 "The Last Smiles of Ilovaisk" author Oleksandr Kuzenkov was killed in action near Bakhmut (Donetsk oblast) on December 20.

This was reported by the press office of the Borys Grinchenko Kyiv University.

Oleksandr is a graduate of the university's Journalism Faculty. His nom de plume is Call Sign "Khort". In 2017, "Orientyr" publishing house issued his memoirs, "The Last Smiles of Ilovaisk".

"From then on, they were called 'volunteers'. It was volunteers like them who were the main characters of 'The Last Smiles of Ilovaisk'. Young guys – some jokingly call them "the beardless" – who went to war at the call of duty. The past them will have to look fear in the eye, to cross this existential border, to make their choice and become men prematurely... This is a story that everyone should read", is written about "The Last Smiles of Ilovaisk".

"A sincere and open person, creative, sensitive, resilient, with a strong willpower, courage, inexhaustible energy and an active civic stance. His first book, "The Last Smiles of Ilovaisk", was also his last. His fate was cut short by the war, in which Oleksandr Kuzenkov was defending the right of each of us to be citizens of an independent Ukraine. And these words are no mere pathos. Because we are paying a great price in lives for the very chance to live..." the university said in a statement.

As IMI reported, on December 20, Kherson media person Anton Kolomiets was killed while defending Ukraine on the Backmut route.