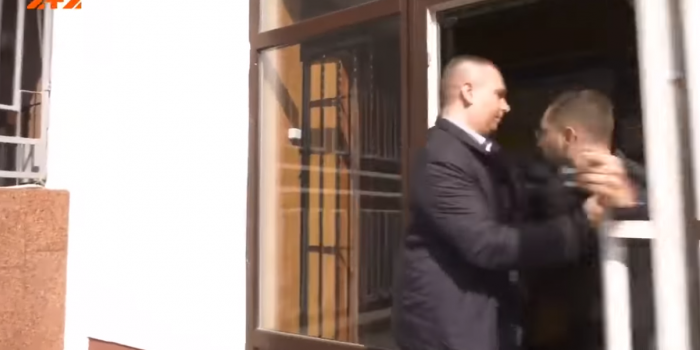 In Vinnytsia, Volodymyr Tymofiychuk, a journalist with the “2 + 2” TV channel, was attacked by Yevhen Kushnir, the chief state auditor-inspector of the Tax Audit Department in Vinnytsia region. The journalist was injured and his work equipment was damaged.

Volodymyr Tymofiychuk reported about the incident on his Facebook page. The State Bureau of Investigation opened a criminal case for obstruction to the lawful professional activity of journalists (Part 1 of Article 171 of the Criminal Code).

The incident occurred on April 1, when the journalist tried to get a comment from a tax officer about corruption in the tax system.

"An altercation arouse between the official and the journalist, during which the official pushed the correspondent. As a result, the journalist got injured and his work equipment was damaged, ”the State Bureau of Investigation reported.

The wrongdoer risks to be fined up to 50 tax-free minimum incomes or arrest for up to 6 months, or restriction of liberty for up to 3 years.

As IMI reported, on April 15, 2019, Volodymyr Tymofiychuk, a journalist with the 1 + 1 TV channel, said that he had been hindered in his professional activities by Igor Konopatskyi, Chief Specialist of the Cabinet Secretariat.