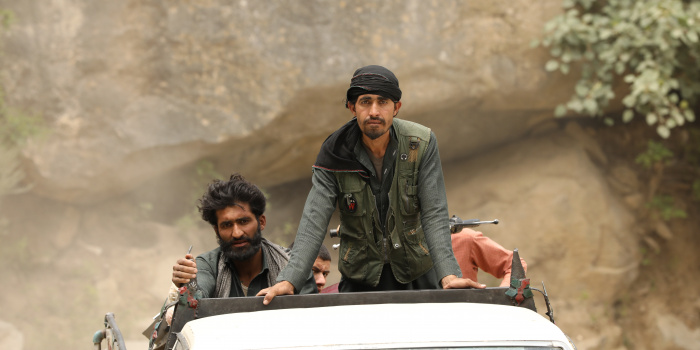 "The Taliban must immediately cease attacking journalists and searching their homes, and allow members of the press to operate freely and without fear of violence or reprisal", the Committee to Protect Journalists said on 18of August.

Since the Taliban took power in the country earlier this week, militants have searched the homes of at least four journalists and news agency employees, according to journalists and representatives who spoke with CPJ.

Separately, CPJ is investigating news reports today that Taliban militants beat at least two journalists in the city of Jalalabad, in eastern Nangarhar province, while they were covering a protest against the militant group’s takeover.

“The Taliban needs to stand by its public commitment to allow a free and independent media at a time when Afghanistan’s people desperately need accurate news and information,” said Steven Butler, CPJ’s Asia program coordinator. “The Taliban must cease searching the homes of journalists, commit to ending the use of violence against them, and allow them to operate freely and without interference.”

Taliban militants have searched the homes of at least three employees of the German public broadcaster Deutsche Welle, according to a statement from the news organization and corporate spokesperson Christoph Jumpelt, who communicated with CPJ via email.

CPJ was unable to determine the identities of those employees or when the searches took place. Jumpelt told CPJ that the employees were not in their homes at the time of the raids and have gone into hiding, but said he could not provide any further details.

Deutsche Welle is working with the German Foreign Ministry to facilitate the evacuation of its employees and families, according to its statement.

Yesterday, Taliban militants searched the home of a freelance journalist and interpreter who formerly worked with freelance U.S. journalist Wesley Morgan, according to Morgan, who spoke with CPJ via phone, and screenshots of security footage outside the home, which CPJ reviewed.

Morgan said that the journalist had gone into hiding and was not home at the time of the search. CPJ agreed not to publish their name due to safety concerns.

Yesterday, the Taliban held their first official news conference in Kabul, where spokesperson Zabihullah Mujahid said that private media outlets “can continue to be free and independent.” He added that “Islamic values should be taken into account” in media coverage, and that journalists should refrain from working “against national values.”

Mujahid did not respond to CPJ’s request for comment via messaging app.

Hemat’s whereabouts remain unknown as of today, according to a person familiar with the case who spoke to CPJ on the condition of anonymity, citing fear of reprisal from the Taliban.

On August 16, CPJ called on the United States to ensure the safety of Afghan journalists as the country falls under the control of the Taliban, including facilitating safe passage out of the country and providing emergency visas.