Taliban intensify search for people who worked with U.S. and NATO 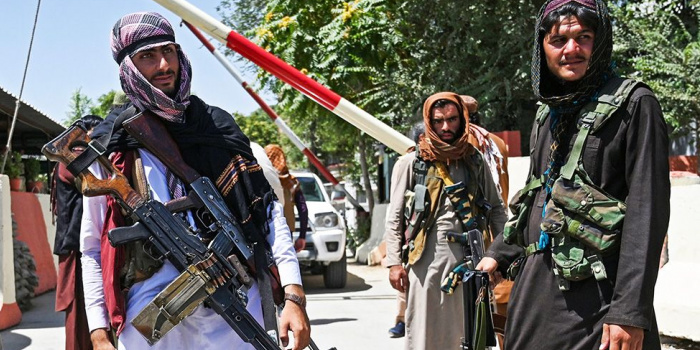 Taliban members are intensifying a search for people who they believe worked with U.S. and NATO forces, including among the crowds of Afghans outside Kabul’s airport, and have threatened to kill or arrest their family members, as The New You Times reported.

According to journalists, the Taliban threat to kill or arrest members of Afghan families of those who have worked with U.S., if they cannot find them.

Such searches are being conducted, in particular, among those who gathered at Kabul airport with hope to leave the country.

US State Department spokesman Ned Price told at a news conference on August 19 that there were 6,000 people at Kabul airport who had undergone the necessary consular procedures and would soon be able to leave Afghanistan.

As IMI reported, making their first statements after coming to power Taliban officials assured that they would respect women 's rights and media freedom, and would not resort to revenge in occupied Afghanistan.

However, soon, the militants searched homes of at least four journalists and news agency employees .

It will also be recalled that several US government agencies that have worked in Afghanistan are taking down articles and photos from their websites for fear of retaliation by the Taliban against the Afghan civilian population through cooperation with the USA.

The Taliban extremist group has seized power in Afghanistan. On August 15, 2021, the President left Afghanistan. On the same day, the Taliban, recognized by most countries as a terrorist movement, occupied Kabul without a fight. The Taliban now control the whole country. The militants have said that "the war in Afghanistan is over" and have already announced the imminent proclamation of the "Islamic Emirate of Afghanistan".

The rapid offensive of Taliban became possible, in particular, due to the withdrawal of the US contingent from the country by order of US President Joe Biden. In July, Biden said the Taliban would not be able to capture all of Afghanistan because "the United States is leaving behind a well-armed and well-trained Afghan army." US troops have been in Afghanistan since 2001.