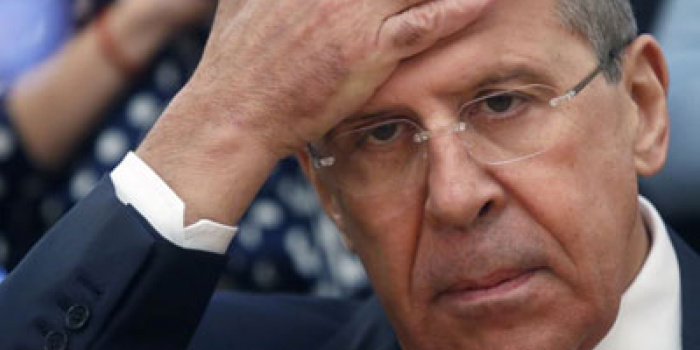 Today, on June 8, during a press conference with russian foreign minister Sergei Lavrov and Turkish Foreign Minister Mevlut Cavusoglu in Ankara, a Suspilne journalist asked the aggressor state's minister about the looting done by russian troops and about the Ukrainian grain stolen by russians. This was reported by Suspilne.

"What other things stolen in Ukraine, apart from grain, russia still managed to sell?" – the journalist asked the head of the Ministry of Foreign Affairs of the russian federation.

Lavrov replied: "What do you mean?" According to him, looting is part of "denazification."

He further stated that "You constantly have a headache about where and what to steal, do you think everyone is like that? I answer you. We are pursuing a goal that has been announced publicly: to rid eastern Ukraine of the pressure of the neo-Nazi regime. That is what we are doing. And grain can be transported freely to its destinations – there are no obstacles to that from russia. For this, Mr. Zelenskyy would have to give an order, if he is still in command of anything, to allow foreign and Ukrainian ships to enter the Black Sea," said the russian minister.

It will be recalled that at the meeting between Lavrov and Cavusoglu, the subject of the Ukrainian grain blocked by the russians, which is already causing the global food crisis, was touched upon. Turkish Foreign Minister Cavusoglu said he considered it realistic to create a "grain corridor" in the Black Sea.

Meanwhile, the Minister for Foreign Affairs of Ukraine Dmytro Kuleba stated that the meeting between Lavrov and Cavusoglu had been planned as a bilateral one and not in the context of the food crisis, so no representatives of Ukraine attended it. According to him, Ukraine is in talks to resolve the food crisis and unblock Ukrainian ports, primarily with the help of the UN.