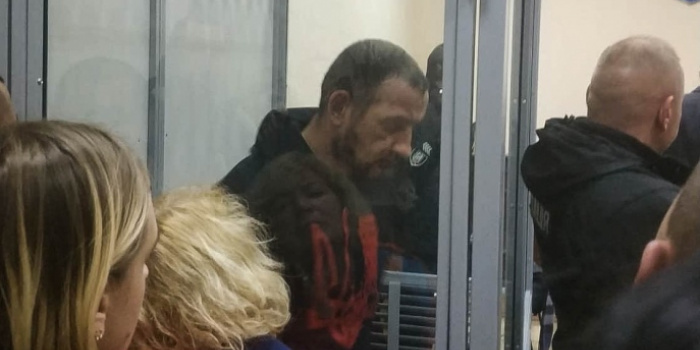 The Pechersk district court in Kyiv has extended the arrest of ATO veteran Vladislav Gryshchenko, who is suspected of attempted murder in the Ivano-Frankivsk region and of being involved in murder of the journalist Pavel Sheremet. The court made such a decision on November 22, as “Ukrayinska Pravda”  reported.

The prosecutor requested that the arrest be extended for two months. However, the judge granted his request in part, leaving the veteran in custody until December 16.

The defense asked to keep Gryshchenko under house arrest, arguing that he was not going to hide or make pressure on witnesses, had rewards for his service in ATO and wounds.

The lawyer and Gryshchenko himself emphasized that he was detained on a personal car with name plates, that is, he did not hide from the investigators.

The defender also said that the "prosecutor's office was trying to tie" his client to the Sheremet murder case.

At the hearing, the judge also noted that investigation indicated was going to press charges against another person, Ivan Vakulenko. However, Vakulenko died in October.

Gryshchenko himself, who was taken into custody in September in Ivano-Frankivsk, said in court that he was taken to Kiev on the night of November 21st to November 22nd. At the same time, Hryshchenko's lawyer did not have time to come from Ivano-Frankivsk. Thus, the court provided him with a free lawyer.

Vladislav Hryshchenko was detained on September 24, 2019, and his wife Inna was detained on November 5. They are suspected of attempted assassination of a resident of Ivano-Frankivsk region.

In early November, the Ukraynska Pravda learned that the investigation likely linked both Gryshchenko to the murder of journalist Pavel Sheremet.

On July 23, 2019, the head of the National Police, Serhiy Knyazev, reported to the President of Ukraine Volodymyr Zelensky secret information about the progres into the investigation of journalist Pavel Sheremet.

On July 23, 2019, President of Ukraine Volodymyr Zelensky said that the responsible for the murder of Pavel Sheremet would be found.

In November 2019, Prosecutor General of Ukraine Ruslan Ryaboshapka said that the detention of the spouses of ATO veterans Vladislav and Inna Grischenko did not occur in connection with the investigation into the murder of journalist Pavel Sheremet. However, their involvement in the murder of a journalist was under verification, as well as the involvement of some other persons.