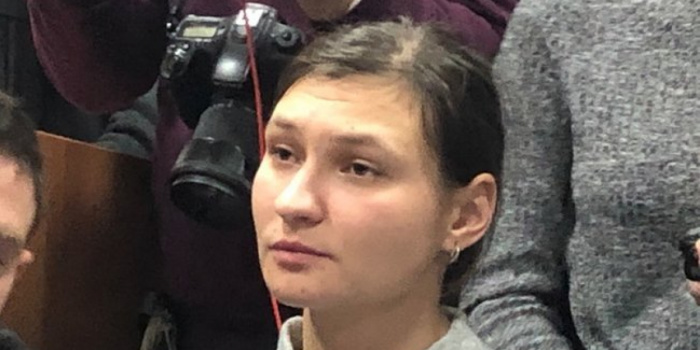 Today, the Kyiv Court of Appeals has left suspect Yana Dugar under 24-hour house arrest in Kyiv, as Hromadske reported.

The hospital nurse Yana Dugar is suspected in the criminal proceedings of the murder of journalist Pavel Sheremet. The court partially upheld the appeal of defense lawyers: since now Yana Dugar is to be under house arrest in Kyiv, not in Novomoskovsk, in Dnipropetrovsk region.

Thus, the judge revoked the decision of the court of first instance on round-the-clock house arrest of the suspect at the place of her registration in Novomoskovsk in Dnipropetrovsk region.

At the same time, the court dismissed the motion of defense lawyers asking to release Yana Dugar on bail: she will live in the apartment of her bailsperson, former MP Oksana Korchynska.

IMI reported, on December 13, the Pechersk District Court of Kyiv decided to place Yana Dugar under house arrest until February 8, 2020. In compliance with that decision, Dugar is forbidden to leave her place of residence in the town of Novomoskovsk, of Dnipropetrovsk region, until February 8, 2020. She had to surrender the documents for traveling abroad.

Before that, the MP from “European Solidarity” faction, a member of the anti-terrorist operation, a volunteer medical doctor, Yana Zinkevich, gave bail for Dugar. On Facebook she also posted a certificate proving that Dugar was in ATO In Donbass region at the time of the murder of Sheremet.